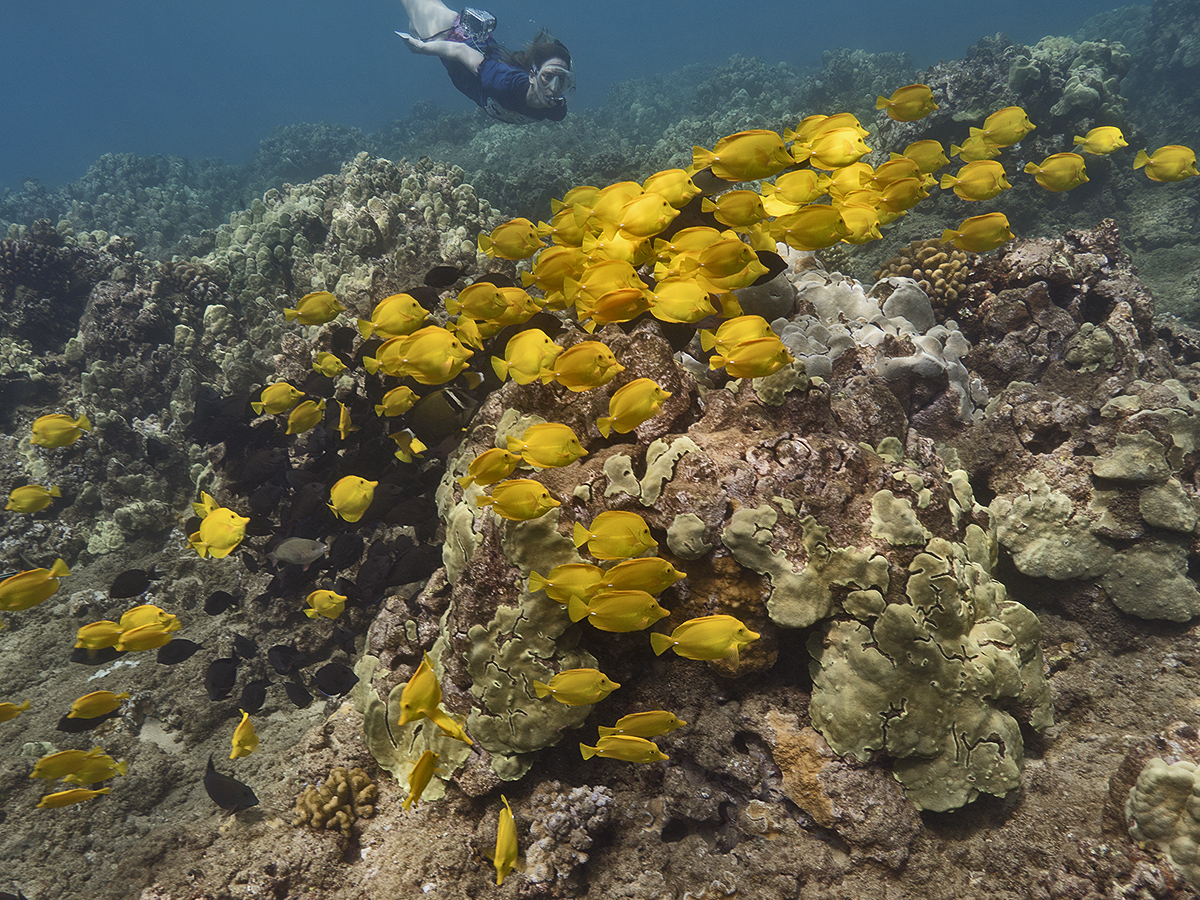 Coral reefs are home to a large diversity of organisms.  The herbivorous fishes, those fish that eat algae in competition with corals, are no exception to such diversity.  But do the many species of herbivores have unique grazing roles on reefs or are all herbivorous fishes grazing alike?   This was the focus of a study recently published in Oecologia … END_OF_DOCUMENT_TOKEN_TO_BE_REPLACED

By Samantha Clements. This year, during the months of March and April, I conducted coral reef benthic surveys for the Khaled bin Sultan Living Oceans Foundation (KSLOF) in Chagos. Chagos is the largest archipelago in the world and lies within the British Indian Ocean Territory. The islands of the archipelago are very far from any continents and have been uninhabited … END_OF_DOCUMENT_TOKEN_TO_BE_REPLACED