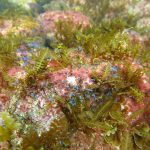 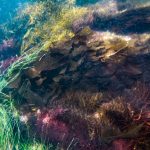 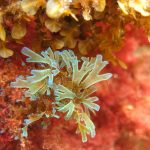 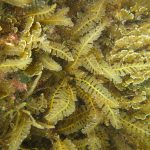 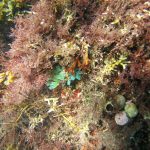 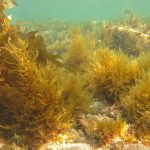 San Diego’s coastlines are home to a diverse community of seaweed, including a handful of invasive species. Of these species, the Smith Lab is studying four: Undaria pinnatifida, Sargassum muticum, S. horneri (formerly S. filicinum), and Dictyota cyanoloma. Invasive species can dramatically damage ecosystems, for example, by taking resources from native species or changing the diet and behavior of animals. It is usually very difficult to eradicate or even control the spread of invasive species, so it is important to monitor invasive species and understand how they may be affecting native ecosystems.

The brown seaweed S. muticum has existed in Southern California since the 1970’s, but U. pinnatifida and S. horneri are newer invaders, and less is known about their extent and ecological impact. The goal of this project is to document the geographic extent, habitat distribution, and interaction with native San Diego ecosystems for these two species of seaweed.

S. agardhianum is a native species, while S. muticum and S. horneri are invasive.

Sites were surveyed along the Southern California coastline for distribution patterns of S. horneri and U. pinnatifida, and tracked through time for changes in community composition. Check out our published findings to learn more! 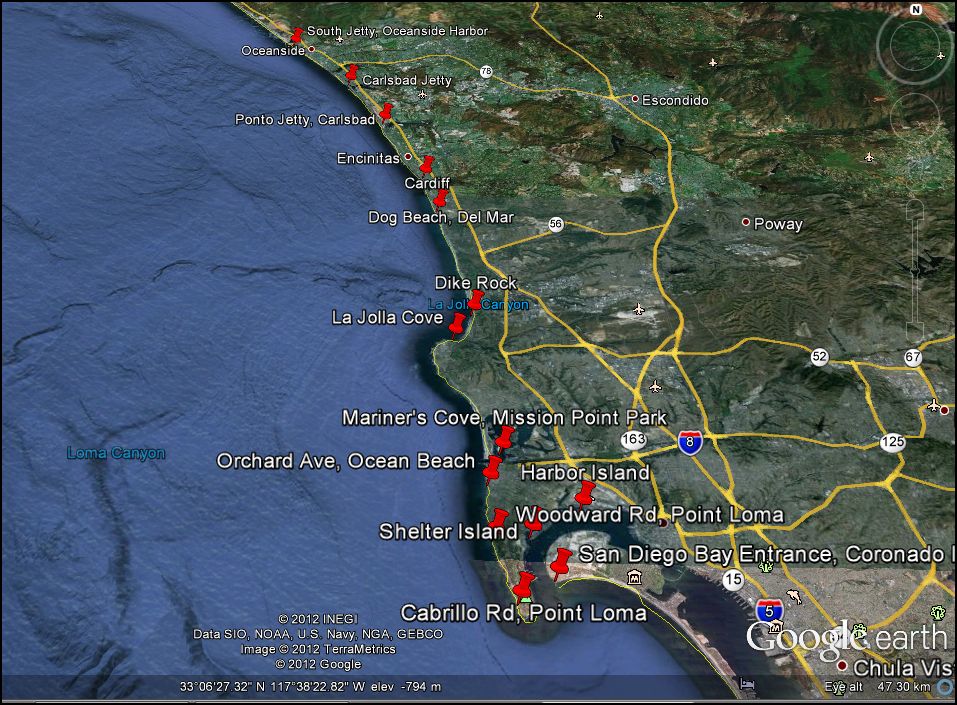 Map of survey sites along the San Diego coast