Project description: The Smith Lab at SIO has established a long-term monitoring project located on Palmyra Atoll in the Central Pacific and, over the last decade, has been collecting a time series of permanent benthic photoquadrats from several sites around the island. Palmyra represents an ideal location to study a global stressor such as climate change in the absence of confounding local stressors (e.g., overfishing and pollution) because it is remote, uninhabited, and federally-protected by the US Fish & Wildlife Refuge; as such, its reefs can be considered “quasi-pristine.” Images of permanent plots were taken by a team of SCUBA divers approximately annually between 2009-2018, a time period during which there were two major heat stress-induced coral bleaching events in 2009 and 2015, respectively. Given that Palmyra and its surrounding coral reefs still experienced mass bleaching particularly following the most recent event, there is a unique opportunity to study patterns of coral bleaching, recovery, growth, and mortality as well as to observe the natural stages of ecological succession after large-scale disturbances. Specifically, we are evaluating how key coral and algal taxa respond to thermal disturbance events, focusing on the long-term dynamics of coral bleaching and recovery and the broader ecological implications for coral reef communities. 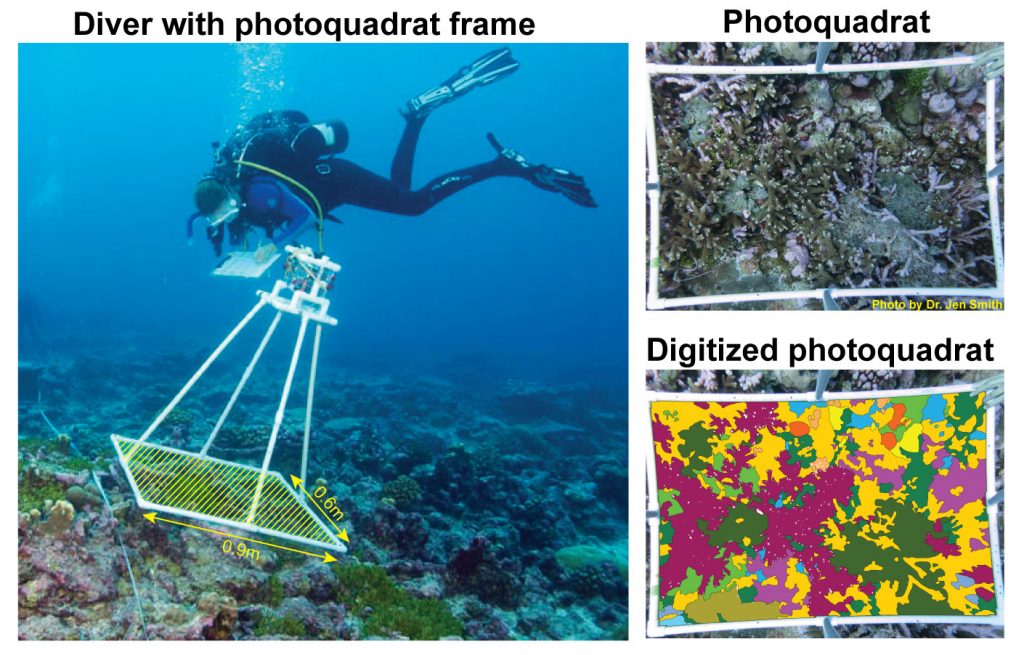 SCUBA diver with photoquadrat frame (left) with actual dimensions specified and an example of a photoquadrat prior to (top right) and after (bottom right) the image digitization process.

Methods: For the past few years, PhD candidate Adi Khen and several of her undergraduate volunteers have been working to analyze the Palmyra photoquadrats, now consisting of over 1,100 images in total. The image digitization process involves using Photoshop to manually trace the borders of all live hard coral colonies, algal patches (i.e., turf, crustose coralline algae, and macroalgae separately), and any other benthic components– including soft corals and other invertebrates, within each photoquadrat. All organisms were then identified to the finest possible taxonomic resolution with a corresponding swatch color indicating their genus, species, or functional group. Then, using the dimensions of the photoquadrat frame (0.9m long x 0.6m wide) to convert pixel counts to cm^2, the planar area measurements were extracted. For just the hard corals, Adi has developed a new, quantitative approach for semi-automatically detecting bleaching and/or discoloration proportions based on pixel whiteness intensity, allowing her to look more closely, objectively, and efficiently at the coral bleaching trajectories of individual colonies. In order to better understand how coral reefs respond to and recover from current and future warming events, we need more comprehensive studies, such as this one, that precisely track how reefs change through time. 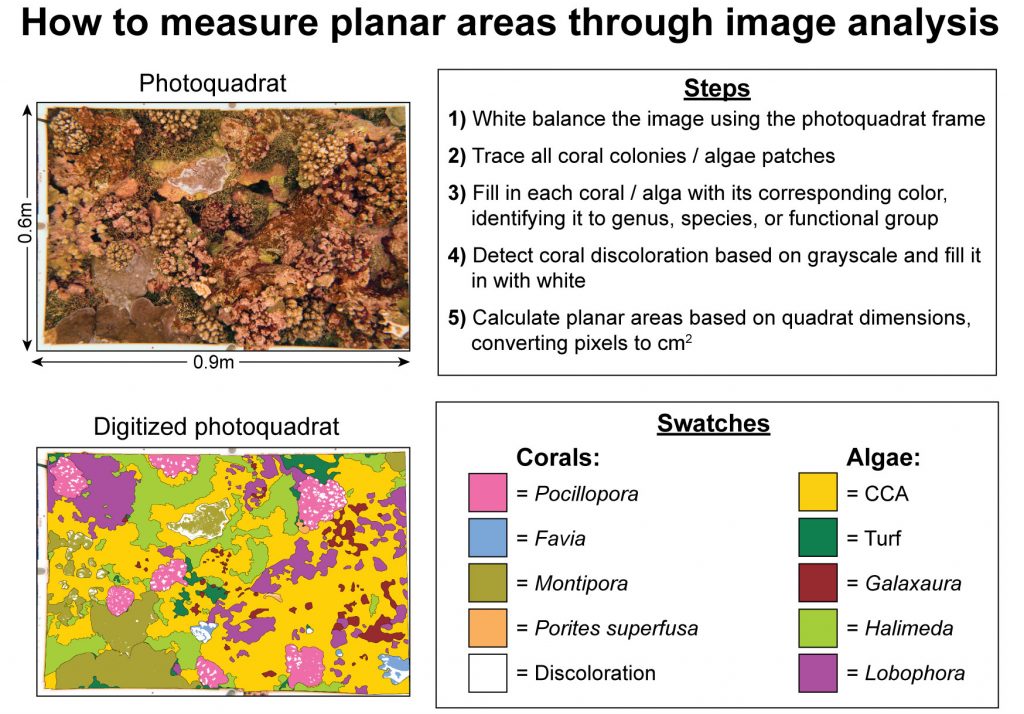 An overview of the image-based methods for digitizing photoquadrats in Photoshop. 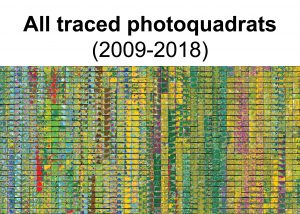 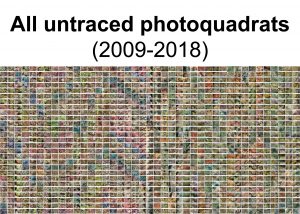 All Palmyra photoquadrats from 2009-2018, which are now in the process of being analyzed; the culmination of thousands of hours of tracing. 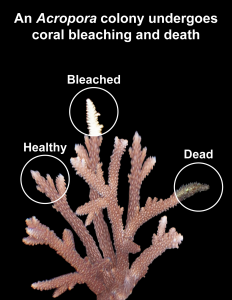 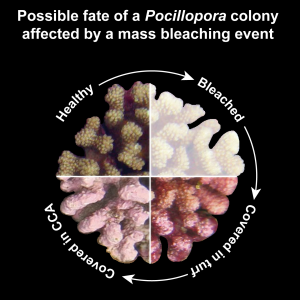 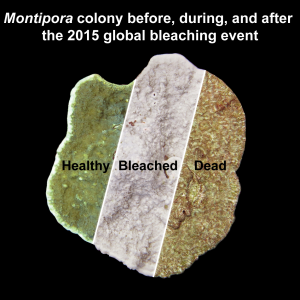 Selected graphics made from this time series, showing the possible responses of individual coral colonies to bleaching events.