This year, during the months of March and April, I conducted coral reef benthic surveys for the Khaled bin Sultan Living Oceans Foundation (KSLOF) in Chagos. Chagos is the largest archipelago in the world and lies within the British Indian Ocean Territory. The islands of the archipelago are very far from any continents and have been uninhabited and protected since the 1970’s, and therefore provide a unique environment, free of local human impacts, to study coral reefs and the faunal communities they support. 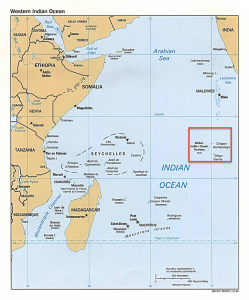 Chagos is located in the middle of the Indian Ocean, just south of the Maldives. 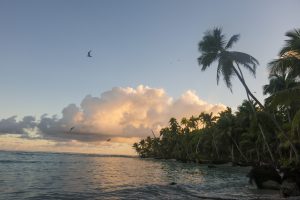 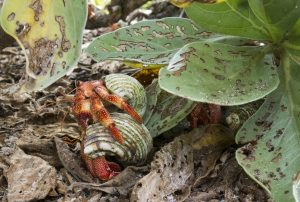 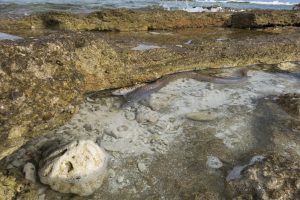 Occasionally, moray eels will come into the tide pools during the day to hunt for crabs.

Since Chagos is protected from fishing, fish from all trophic levels, from herbivores to planktivores and predators, are able to thrive in large numbers. Additionally, they often grow to be much larger than similar species in areas where fishing is allowed. 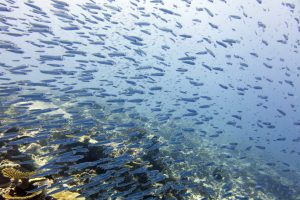 A school of bait fish cruises over the reef. 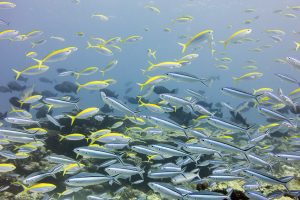 Large schools of fusiliers often surround divers conducting surveys. Here you can see an aggregation of snappers hovering in the background. 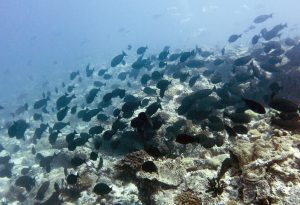 Large schools of herbivores, such as these surgeonfish, cruise the reef consuming turf algae. 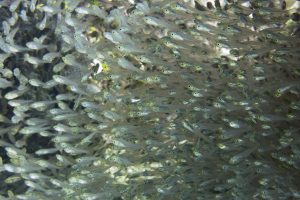 Very small glass fish will school in large numbers and seek refuge beneath ledges on walls or crevices in Porites bommies. 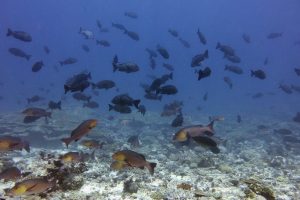 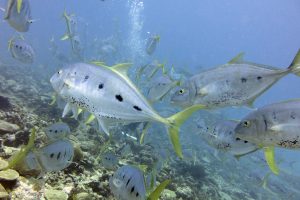 A school of yellowspot trevally pass through my transect. 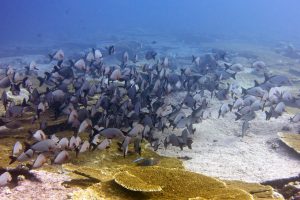 The steephead snapper (Lutjanus gibbus) is often found in large schools near the benthos. 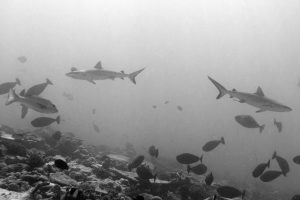 Grey reef sharks patrol the reef during a dusky dive. 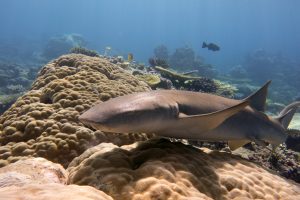 Tawny nurse sharks are extremely common in Chagos. They have small eyes and poor eyesight and will often come very close to divers to get a better look 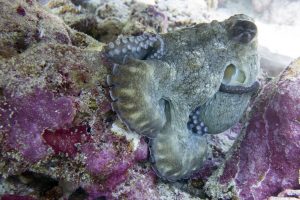 In addition to fish, many invertebrates thrive in this refuge from fishing, including the ever-popular day octopus (Octopus cyanea). 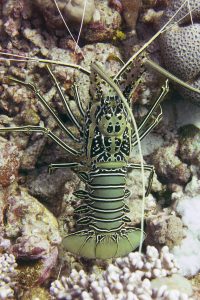 In a rare moment, an painted rock lobster (Panulirus versicolor) comes out of hiding. 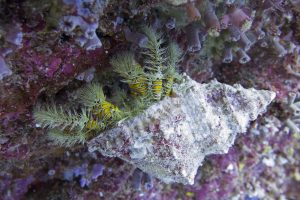 This hairy yellow hermit crab (Aniculus maximus) was carrying a shell that was about the same size as an American football!

Since Chagos is uninhabited, the corals that build the reefs are free from local anthropogenic stressors, such as pollution, sedimentation, and other direct interaction. The coral cover is relatively high on most reefs and often dominated by large tables of the genus Acropora. 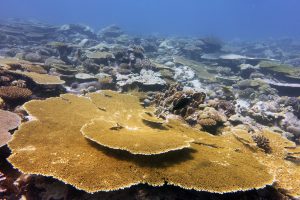 Despite being free from local anthropogenic stressors, these corals are still susceptible to global stressors, such as ocean acidification and global warming. During our time in Chagos, our science team witnessed a coral bleaching event, the first reported in the Indian Ocean this year. For more information about the bleaching event, check out an interview with KSLOF’s chief scientist, Dr. Andrew Bruckner: http://www.cbsnews.com/news/indian-ocean-reefs-hit-by-coral-bleaching/. 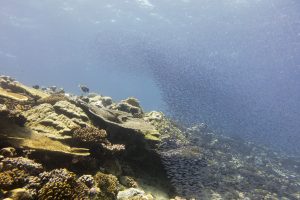 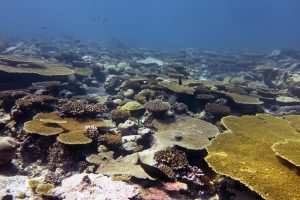 Though bleaching can be detrimental to coral reefs if the event lasts for a long period of time, there is hope for recovery in Chagos, as recruitment of new corals is high in many places where past episodes of bleaching or disease have wiped out coral in the recent past. 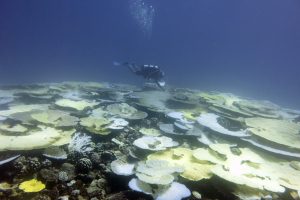 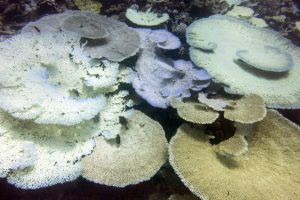 Overall, the KSLOF Chagos expedition was an incredible adventure and a wonderful chance to see how a coral reef lives and functions without the direct interference of local human populations. 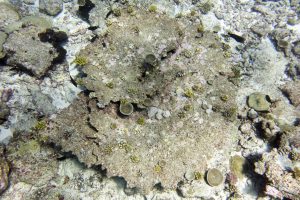 The reef from above, with a great view of the new corals growing 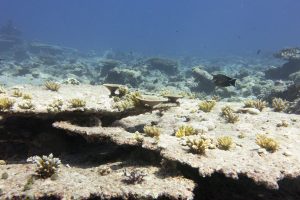 Baby coral recruits can be seen growing on what used to be an Acropora table; the next generation!