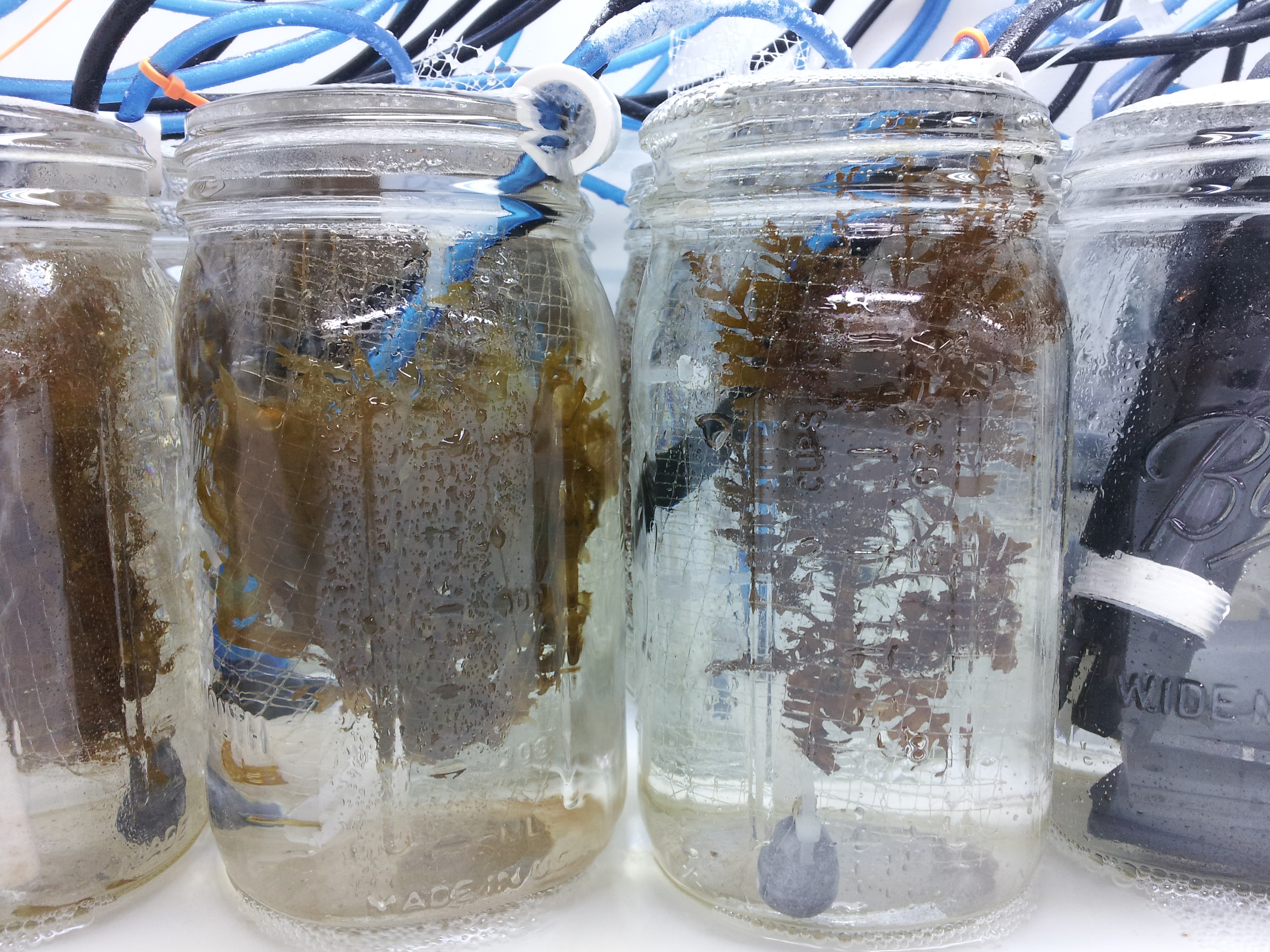 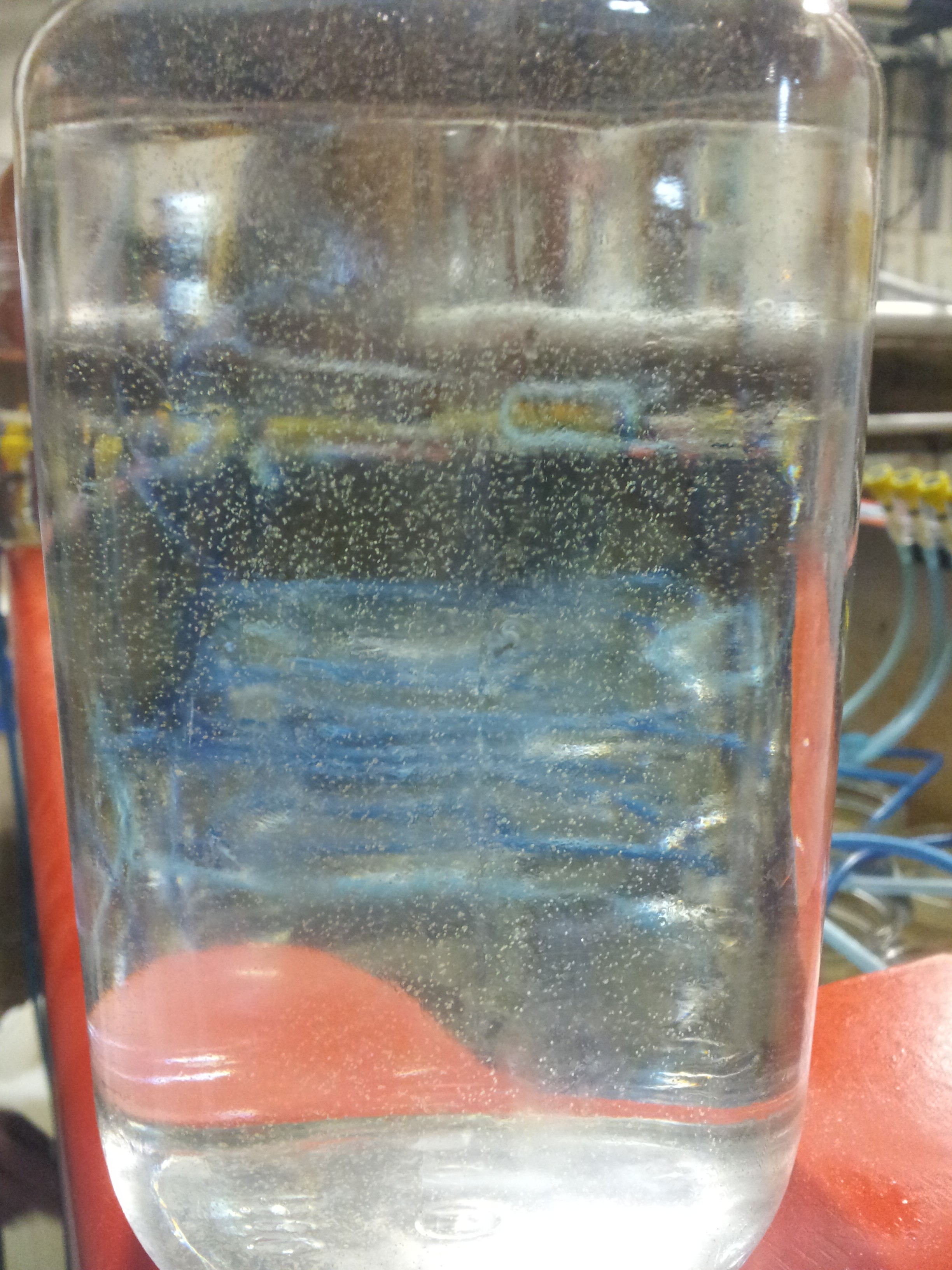 Every tiny dot is a newly hatched abalone larva! (Photo by Susan Kram) 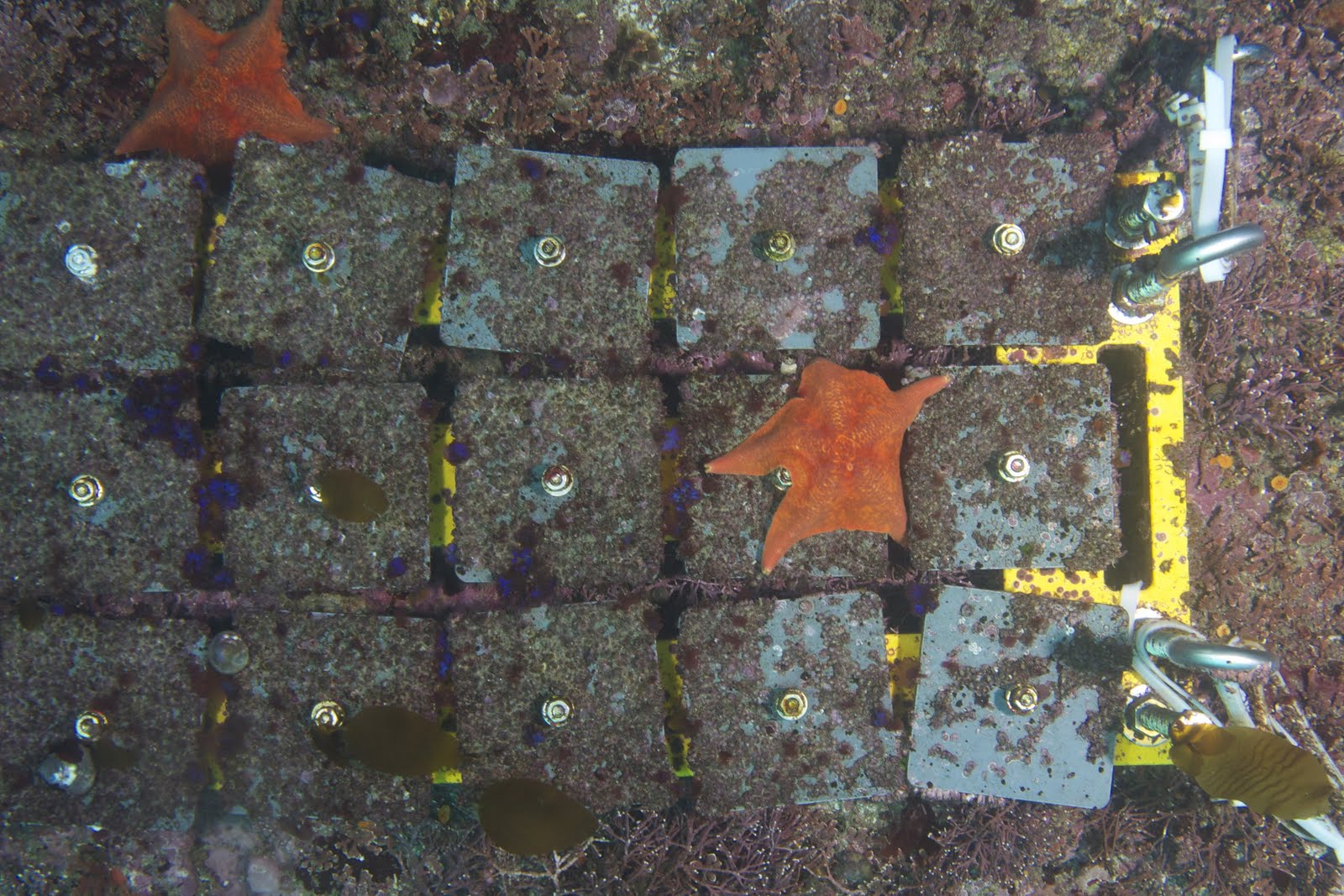 Students in the Smith Lab at Scripps Institution of Oceanography and the Hamilton Lab at Moss Landing Marine Labs have been studying the potential future impacts of Ocean Acidification on California’s coastal ecosystems. The work, funded by CA Sea Grant, is primarily focused on three different but interrelated topics each the focus of a Master’s students thesis. 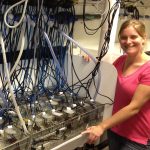 Led by Susan Kram, Scripps Institution of Oceanography
These single species experiments began by collecting calcified and non-calcified (fleshy) algae and placing them in the state-of-the-art flow through seawater bubbling system, designed by postdoctoral researcher in the Smith Lab, Dr. Nichole Price. The experiments are run for up to 30 days and the goal is to quantify how individual species will respond to ocean acidification and global warming conditions predicted for 2100. A total of seven common southern California seaweeds were placed in these experiments. Calcified species were expected to negatively react to ocean acidification, but non-calcified species have variable responses, and little is known about the effects of ocean acidification and warming combined. 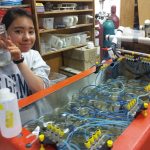 Led by Molly Gleason, Scripps Institution of Oceanography
Ocean acidification could potentially affect invertebrate larvae’s (babies’) response to important environmental signals, in particular a chemical settlement cue produced by a species of calcified seaweed. We are currently running experiments to study if acidified conditions disrupt the sensory capability of red abalone larvae to detect (or ‘smell’) the important settlement cue from the calcified seaweed. The responses of abalone larvae to acidified conditions are quantified by studying the rate that larvae develop and settle (attach to the bottom and metamorphose into juveniles) over time. After conditioning larvae to either acidified and normal ambient conditions, we expose them to the cue-producing calcified algae and then count the number of larvae that successfully settle. We can then determine if OA affects the ability of invertebrate larvae to successfully settle onto the benthos prior to developing into adults. 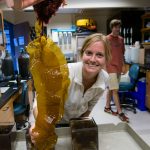 Led by Emily Donhom, Moss Landing Marine Laboratories
PVC settlement tiles were installed in kelp forest ecosystems in both La Jolla and Monterey using SCUBA. These tiles remained on the reef undisturbed for one year in order to allow natural recruitment and succession of seaweeds and invertebrates (aka ‘marine gardening’) to take place on the tiles. Divers then retrieved the tiles and transported them to the laboratory of Dr. Jennifer Smith of Scripps Institution of Oceanography (SIO). Each tile was placed into a state-of-the-art flow through seawater bubbling system, designed by postdoc Dr. Nichole Price (SIO), for 5 weeks. The goals of this experiment are to determine which species will win and which will lose the competitive battle for space when faced with ocean acidification. 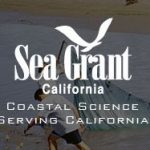