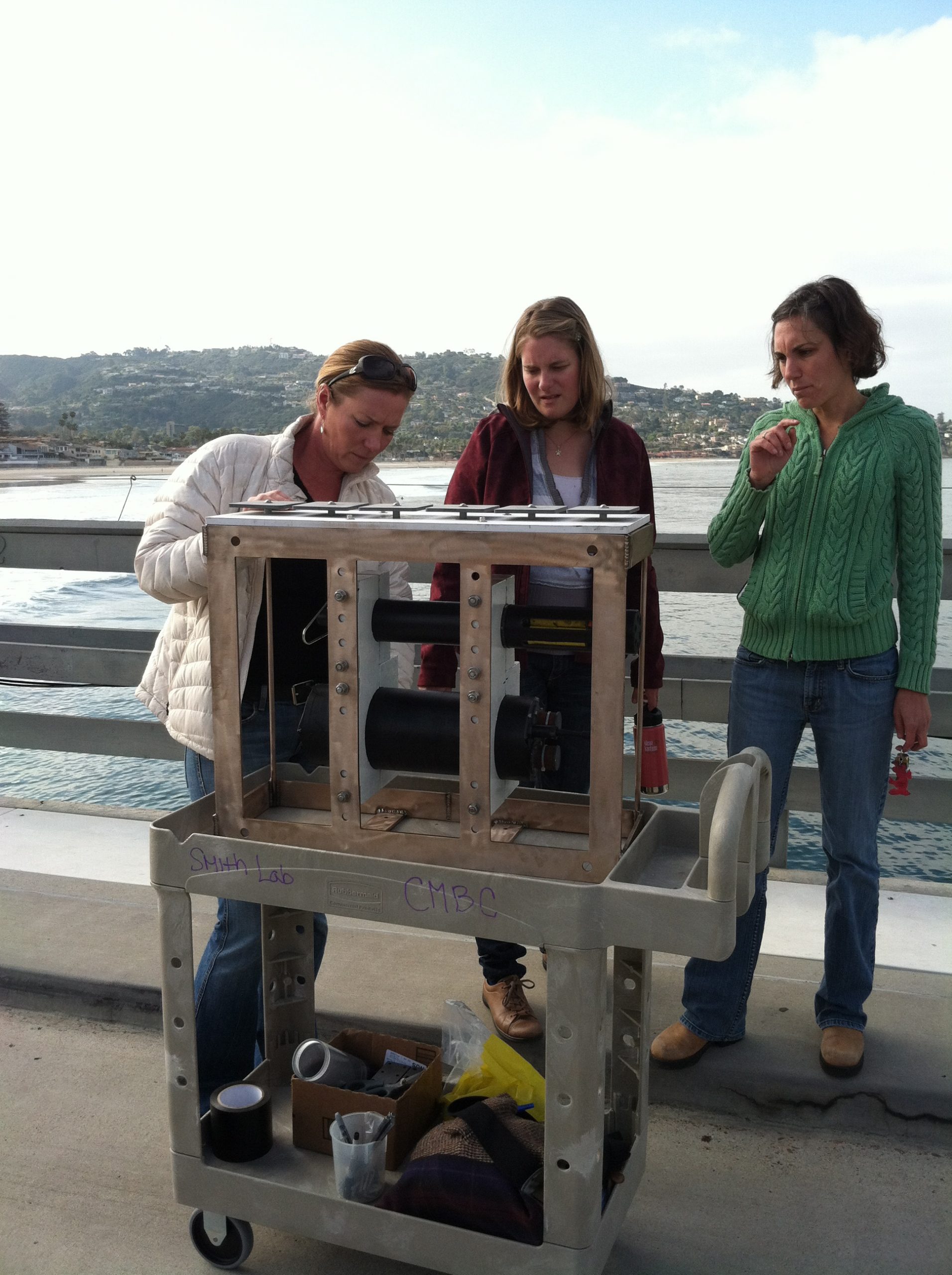 On March 12th 2013 the Smith Lab made history at Scripps Institution of Oceanography by establishing a live feed of continuous seawater pH data being collected from instruments mounted underwater on a piling at the SIO Pier.

The Smith Lab initially installed their two instruments on the pier in March of 2010 in conjunction with the Southern California Coastal Ocean Observing System (SCCOOS). One of the two instruments deployed, called a SeaFET, was developed by the Todd Martz Lab at Scripps. The SeaFET measures and records seawater pH and temperature at high temporal frequency. The other instrument, a multi-sensor sonde (YSI Environmental) measures and records dissolved oxygen, salinity, temperature and chorophyll a concentration (an indicator of algal blooms). Weekly discrete water samples are collected next to the instruments and then taken to Andrew Dickson’s Lab, also at Scripps, to be analyzed for total alkalinity, seawater pH, salinity, and total dissolved inorganic carbon. 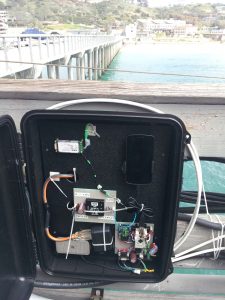 The Smith Lab collaborated with Peter Arzberger and Tony Fountain at the California Institute for Telecommunications and Information Technology at UCSD (CAL IT 2) to bring the data from the pier to the public. The Fountain Lab designed and built a PDA communication system that streams the SeaFET instrument data to an Amazon cloud as it is collected on the pier. The field expertise in the Smith Lab supports installation and maintenance of the new instrumentation and communication cabling using SCUBA diving. Volunteers from the Smith Lab retrieve the instruments monthly for service and collect the discrete seawater samples necessary to monitor performance and consistency of the deployed sensors.

The Smith Lab hopes that this data set can become publicly available and used as a tool by both researchers and educators to spread knowledge and understanding of ocean acidification. While the project is not quite ready for a public unveiling, the Smith lab is very proud of this accomplishment and will continue to strive toward excellence!

This project has been generously funded by the Ellen Browning Scripps Foundation and the California State Water Board project and we thank them sincerely for their contributions. Also a special thanks to Nichole Price, Peter Shin, Rich Walsh & Susan Kram for making this project a reality!