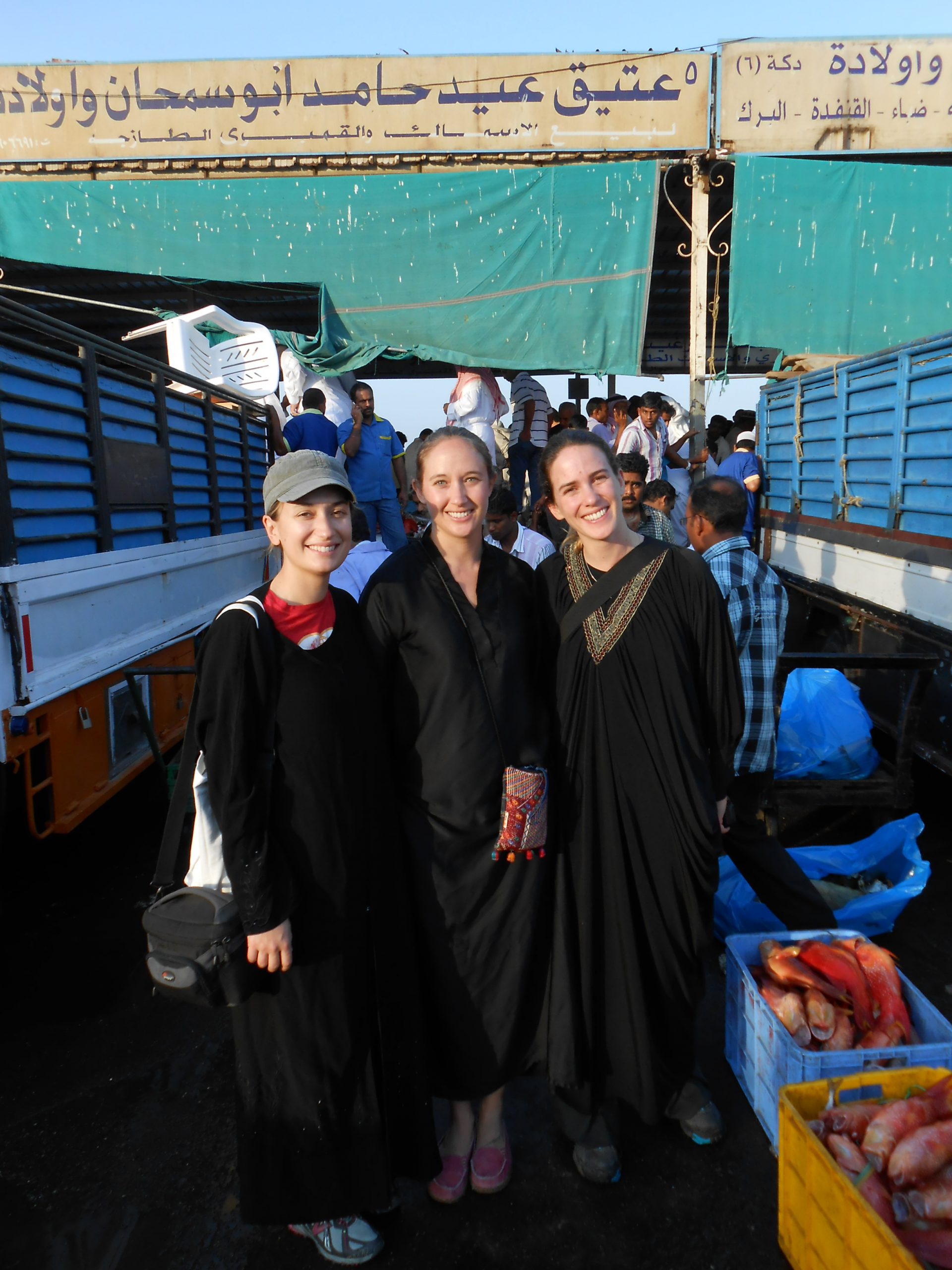 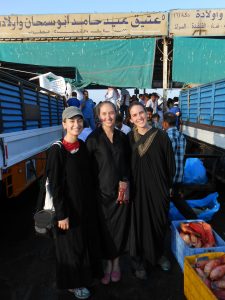 Last month Emily Kelly and I had a unique opportunity to visit the Red Sea for a teaching and research adventure. Luckily we both have friends who have previously traveled and done research in Saudi Arabia, and they gave us lots of tips and advice for traveling in such an exotic place with such a vastly different culture. Earlier in the last year, Emily and I were made aware of a potential teaching opportunity at the King Abdullah University of Science and Technology (KAUST) in Thuwal, Saudi Arabia. Together, we concocted our dream class, teaching about ecological adaptations to the many unique environments of the Red Sea region, a class we ultimately called: “From the Land to the Sea: Terrestrial and Marine Plants of the Red Sea Region”. We both thought our proposal was a pipedream, and were convinced that we did not stand a chance. Lo-and behold 4 months later we received an email from KAUST inviting us to visit their university as guest lecturers! We were both ecstatic, and spent the next few months alternating between worrying about teaching a class in a place neither of us had ever visited and singing songs from our favorite Disney movie about the Arabian peninsula (Aladdin of course!). 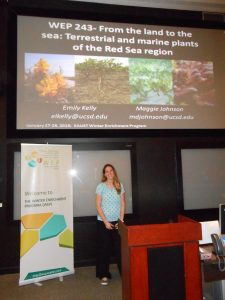 PhD student Emily Kelly preparing for a day of lecturing at KAUST.

When January arrived, Emily and I anxiously awaited the arrival of our Saudi Arabian visas, packed our loose fitting clothes and head scarves, and read up on cultural etiquette. It had been a while since I was so excited about traveling to a new place, to me the Red Sea represented a mystical land of camels, spices, and vast desert sands. What we found in the old city of Jeddah was not far from what I imagined!

We spent two weeks teaching a course that covered desert plants, seagrasses, macroalgae, and mangroves. We spent a good amount of time preparing for the class and taking advantage of the unique habitats found on the KAUST campus including a mangrove ecosystem. Our visit was relatively short considering we wanted to accomplish a couple goals:

Class photo from the winter enrichment program (WEP) at KAUST.

We went scuba diving a few different times, thanks to the incredible support from KAUST faculty and graduate students. The best part of our trip was the scavenger hunt for new species of algae (new to us!). My own research on macroalgae has taken me to some amazing locations, mostly throughout the Indo-Pacific. Having the opportunity to find species I had never seen before was exhilarating. We collected the samples of macroalgae, pressed them into herbarium paper, and brought them back to Scripps  for further identification.

We had an incredible experience interacting with the students at KAUST and are grateful for their hospitality. Our teaching adventure became a once-in-a-lifetime experience in a foreign
culture, that still remains as exotic to me as the Disney movie I grew up watching. In our spare time we had the chance to visit a camel farm, shop in the souq (market) of old Jeddah, and taste some delicious local cuisine. The underwater landscape of the Red Sea was more striking than the barren desert, with plentiful fish, corals, soft corals and sponges. Now that we are back, we are working through our samples of algae with happy memories of the beautiful coral reefs of the Red Sea. 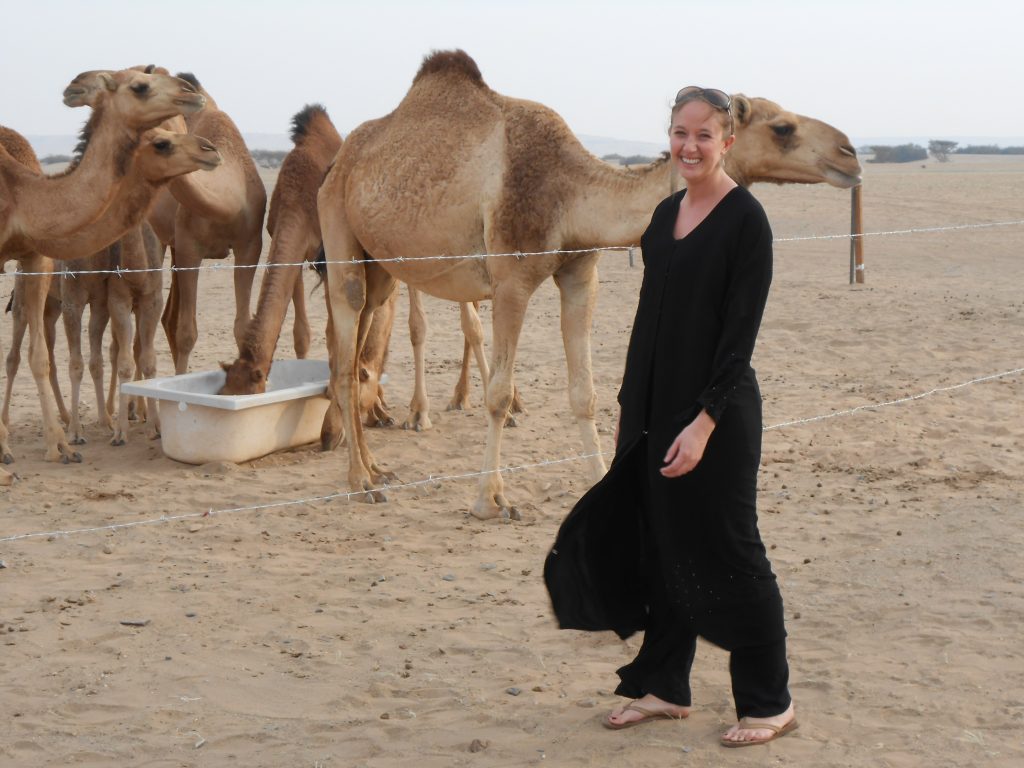