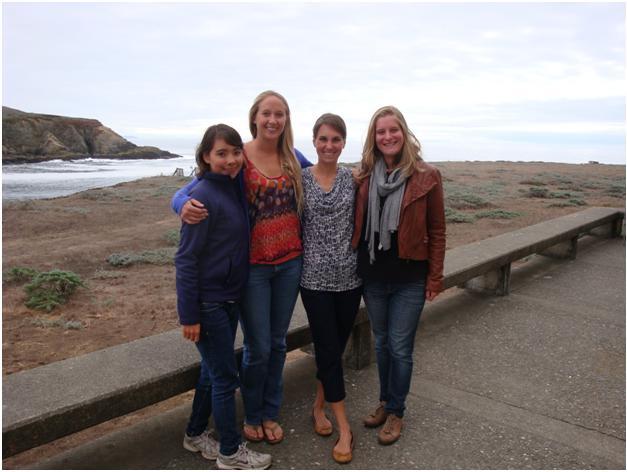 What happens to all of the carbon dioxide that is released into the air from our cars and factories?

This is a question that concerns many people these days, particularly scientists like myself that are interested in studying the effects of increased CO2 on our marine animals.   The anthropogenic (caused by humans) input of CO2 into the atmosphere is causing a series of changes to our environment, including the ocean.

How is this possible?

The CO2 in the atmosphere is absorbed by the ocean, and what follows next is a cascade of chemical reactions that ultimately lowers the pH of the ocean.  This is ocean acidification, and it affects all marine animals, but mostly those that grow hard shells or skeletons like mussels, oysters, corals, and even seaweeds.

The problem of ocean acidification is global and because it spans so many disciplines, biology and chemistry to name a couple, we will gain the most from our research through collaborative research.  With so many scientists concerned about this problem, it becomes more important to communicate and work with each other to reach a common goal – understanding ocean acidification and finding a solution.  As an aspiring ocean acidification scientist I try to attend as many workshops, seminars and conferences with others that are researching the same question. 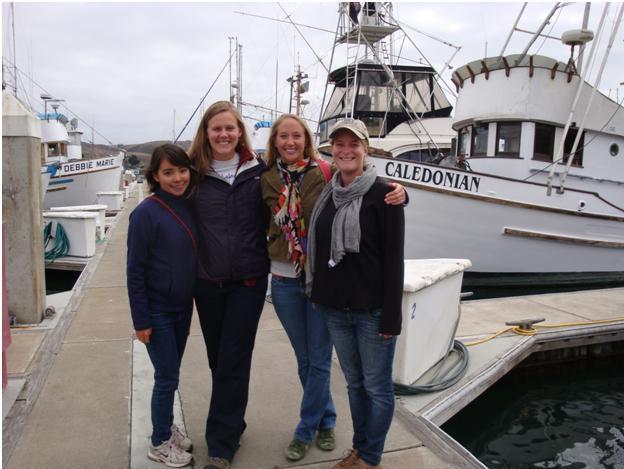 Molly Gleason, Emily Bockmon, Maggie Johnson and Susan Kram at the Bodega marina just after a tour of the bay.

I recently had the opportunity to attend one of these workshops in Bodega Bay, along with Smith lab members Dr. Nichole Price and master’s students Molly Gleason and Susan Kram.  We travelled up north to meet with graduate students, post-docs and professors from UC Santa Barbara and UC Davis to learn about current research being done by our collaborators on ocean acidification.  In addition to the Smith lab, Scripps was also represented by Dr. Todd Martz and PhD students Yui Takeshita and Emily Bockmon.  Not only was it a great chance to learn more about hot topics on ocean acidification research, but we also go tours of the Bodega Marine Lab facilities and got a ride on their research vessel the Mussel Point.  One of the best aspects of the workshop for me, other than catching up with old friends and meeting new ones, was a mini workshop on communicating ocean acidification with Dr. Gretchen Hofmann of UC Santa Barbara.  These opportunities give us the chance to share our ideas with each other and to brainstorm new ones to address the ongoing question of how will our marine ecosystems respond to ocean acidification in the coming decades?