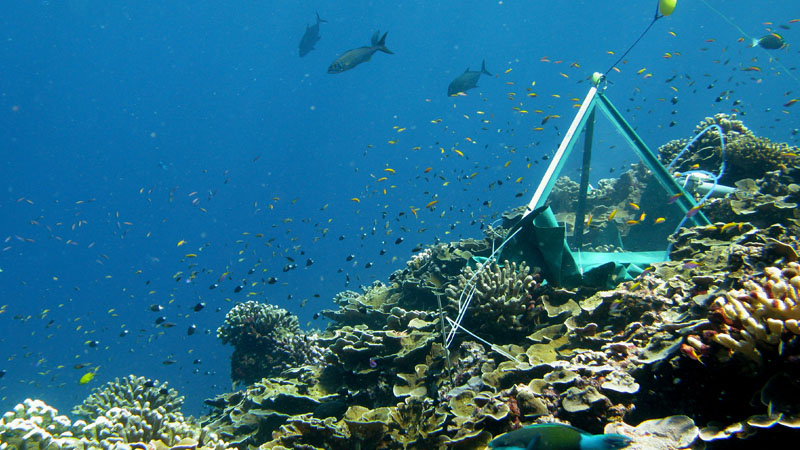 Aboard the Hanse Explorer in the fall of 2010, researchers from San Diego State University (SDSU) and Scripps Institution of Oceanography (SIO) and other coral reef ecologists set out to the Line Islands and other regions of the central Pacific for a research cruise to study some of the most pristine coral reefs that still exist in the world.

The purpose of the expedition was to provide a quantitative ecological baseline of a pristine coral reef to use in comparison to degraded coral reefs more commonly found today.  The researchers conducted experiments and collected data to describe the diversity and structure of the reef communities, sampling all major taxonomic groups, including the microbes, algae, corals, other invertebrates, and fish.

To learn more about the 2010 Northern Line Islands Expedition you can check out the website or blog!

Thanks to PhD student Levi Lewis for creating a video to document all the adventures during the 2010 Northern Line Islands Expedition.