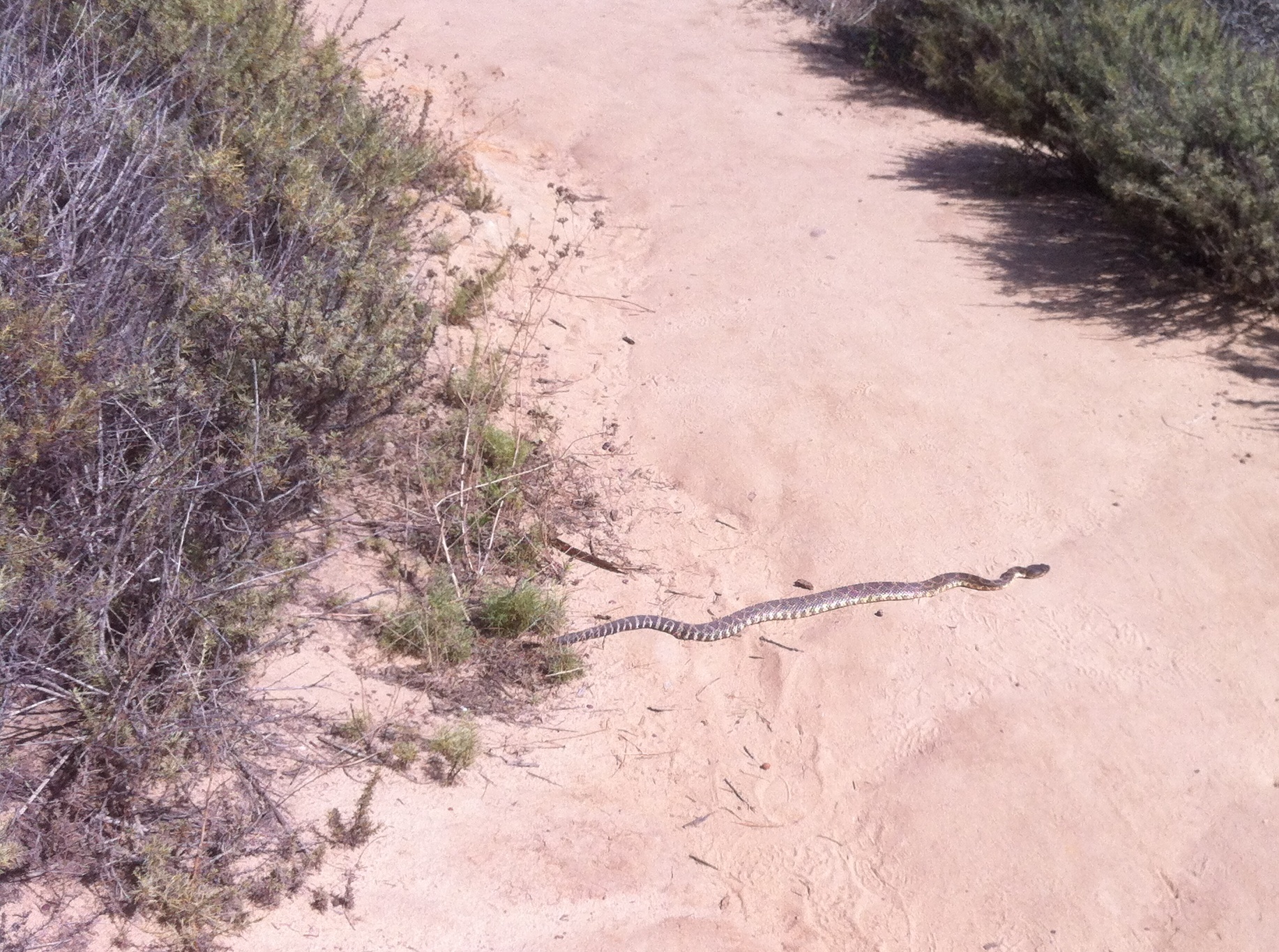 Peaceful though it may be the reserve is still wild. Western diamondback rattlesnakes commonly sun themselves in open areas during the early morning before retreating to the brush during the hot afternoons

This weekend I had the opportunity to be a docent for the grand re-opening of the Scripps Coastal Marine Reserve. The event, held by the UCSD Natural Reserves System and ran by reserve academic coordinator Isabelle Kay, took place last Saturday at the “Knoll,” the terrestrial segment of the reserve which sits on a bluff nearly 300 feet above the pacific, adjacent to the coastal portion of  the reserve. The celebration, which included a ribbon cutting ceremony, a dance performance, and words from Chancellor Fox, was attended by UCSD students, faculty and was open to the public for guided tours of the reserve. For my part as a docent, I took members of the public on guided tours around the reserve, teaching some of the key aspects of the ecology and history of the reserve and the area surrounding it. I was there as an “expert”, however I haven’t thought much about terrestrial ecosystems for quite a while so this was a wonderful opportunity to brush-up my formal knowledge of these habitats. Ever nervous about having the facts straight, I was up late Friday trying to cram as much information into my brain about coastal sage scrub ecology as I could!!

The bluff has a long and diverse history; first used by Native Americans as a ceremonial site until the 1800s, farmed in the early 1900’s, used as a gun installation in WWII and subsequently converted to pasturelands by a Texas businessman Mr. Black (for whom Blacks beach is named after). This long history of use on the Bluff resulted in a highly disturbed community, dominated by non native grassland species and obsequently supporting little habitat for local fauna. Thanks to the efforts of researchers and community volunteers alike, a series of restoration projects since the establishment of the reserve in 1982 have seen the reserve move closer and closer to its natural state. The mile long walking trail winds through the reserve and introduces visitors to a wide variety of native flora and fauna while the overlook on the windy bluff offers one of the best views of La Jolla Cove and is perfect for a quiet sunset. We get so focused on our far flung areas of study that it becomes easy to overlook the simple beauty in our own backyard, indeed on our own campus. Please visit http://nrs.ucsd.edu/ to find out more about the Scripps Coastal Reserve and the three other UC-reserves in the San Diego area!!