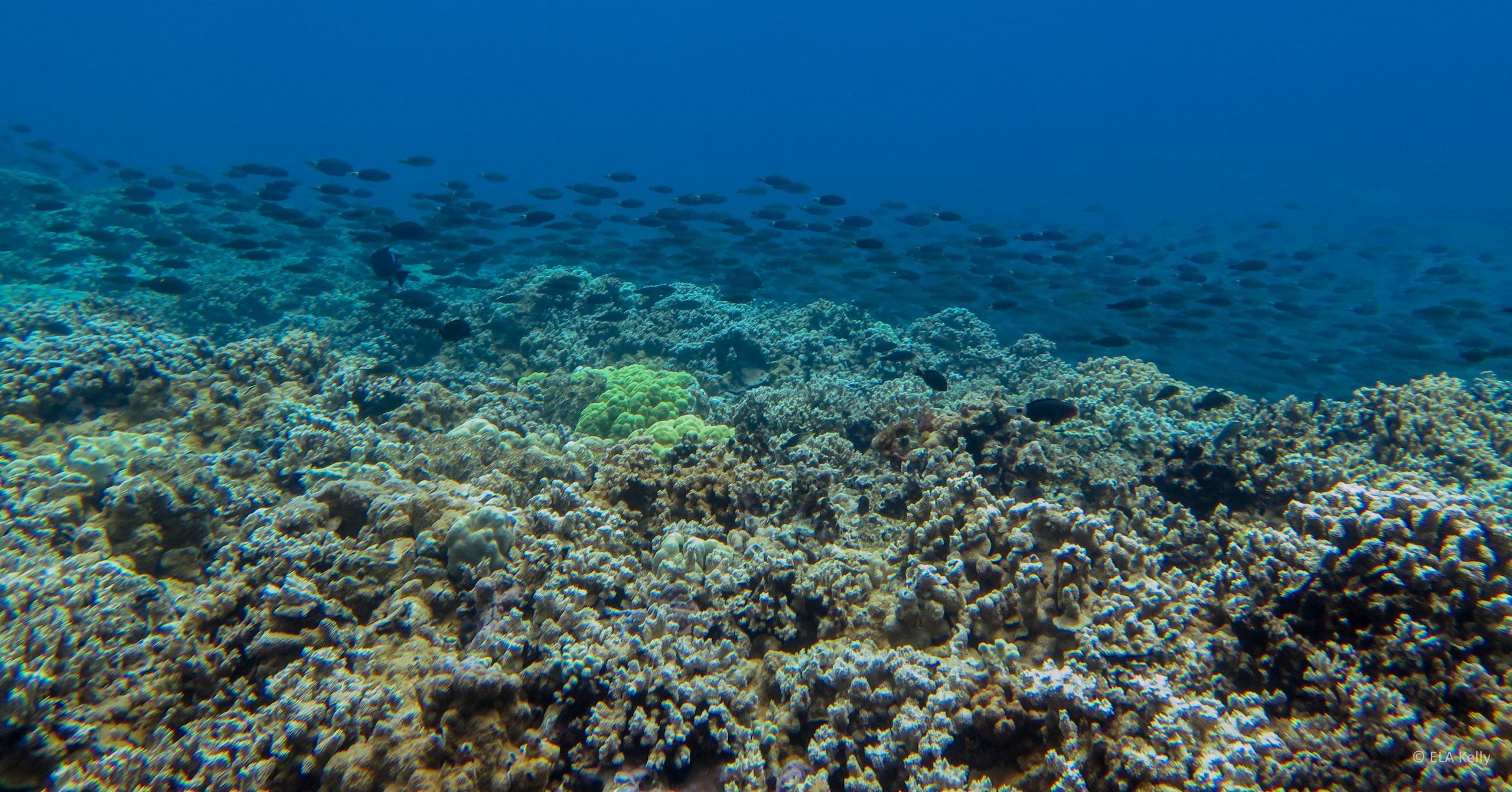 A new paper published by Emily Kelly and colleagues explains how we can balance the energetic budget on Hawaiian coral reefs through herbivore management and protection. Herbivores on coral reefs play an important role in controlling algal growth, but in systems where density of herbivores is low, algae can grow at a faster rate than they are consumed, resulting in a surplus of algae on the reef.

When herbivores are protected on these reefs, it allows the herbivore populations to grow and the rate of algal consumption to catch up to the algal growth rate, thus “balancing the budget.”

This increase in consumption is due in part to increases in herbivore population (more mouths on the reef) and in part to greater impact by larger individuals (bigger bites from the reef). This implies that continued protection of herbivores at Kahekili could lead to a balanced energetic budget in the future! 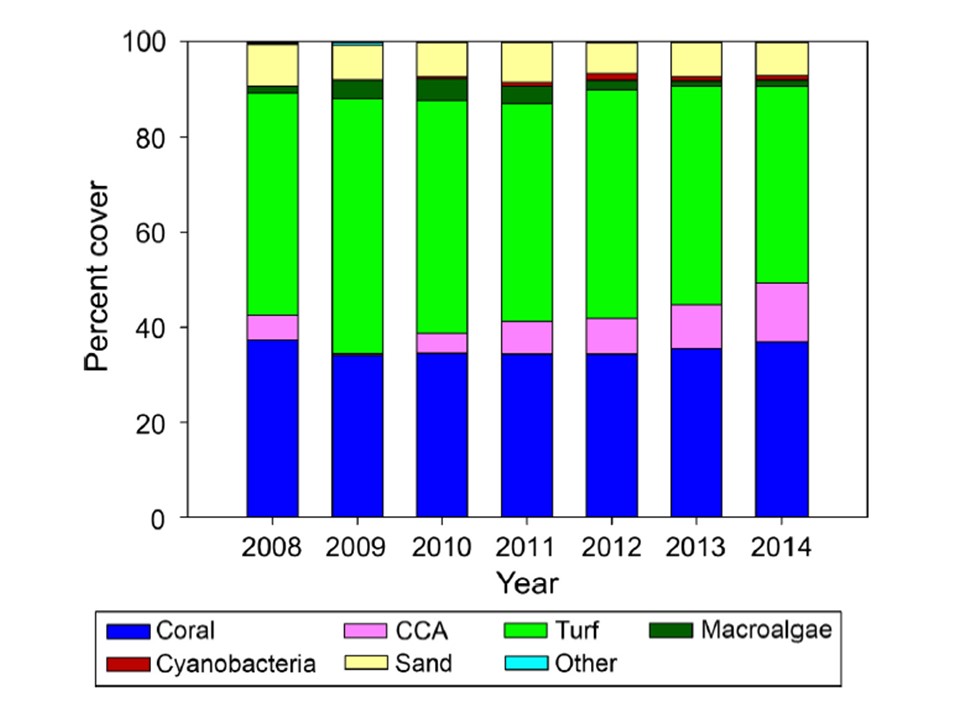