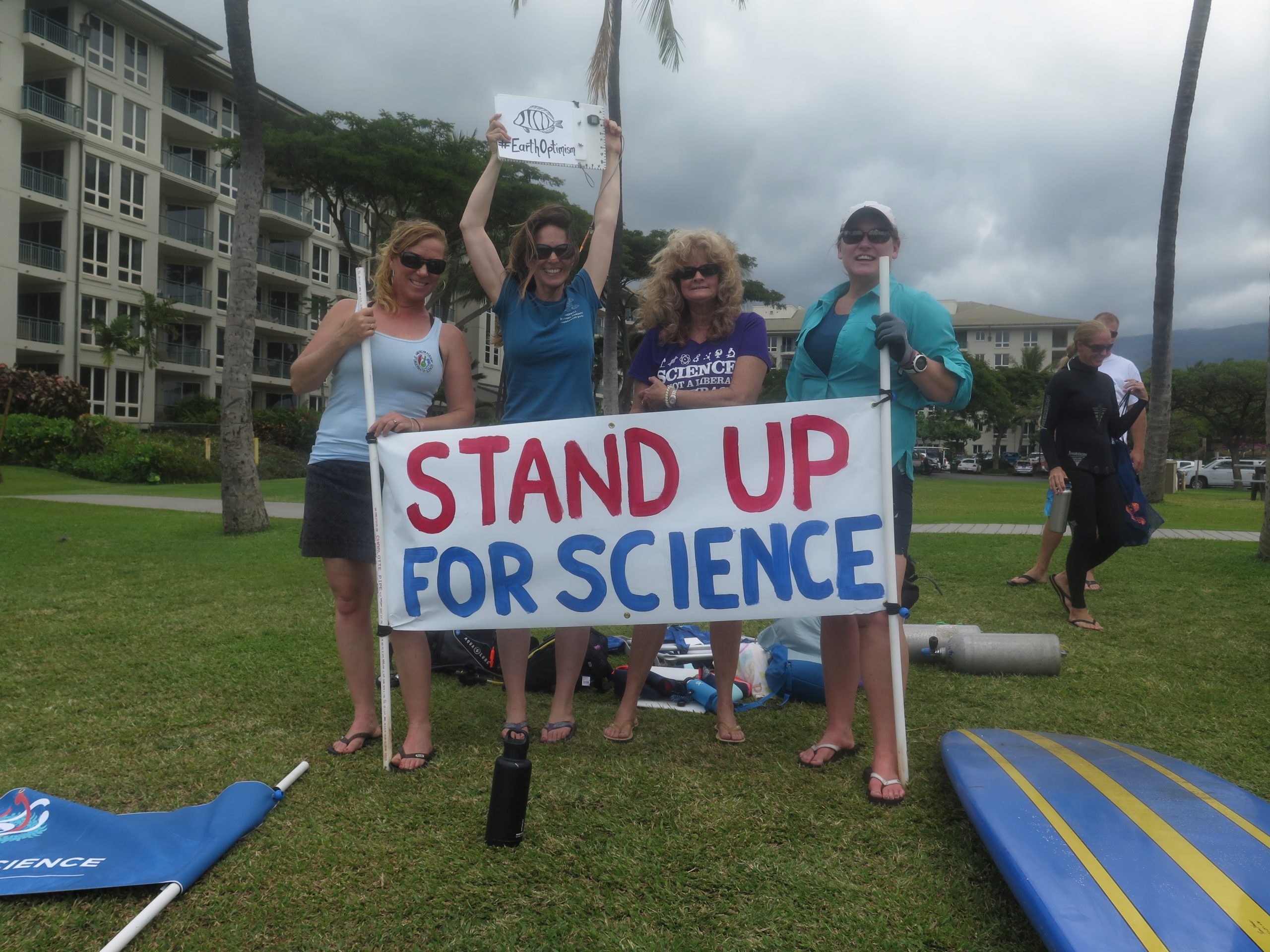 This year on Earth Day (4/22/17) scientists, researchers, and science-supporters marched in 600 cities worldwide to show support for scientific research and scientifically informed public policies. During the Science March Dr. Jennifer Smith was conducting field research in Maui Nui along with Smith Lab members Dr. Emily Kelly and Samantha Clements, and Sandin Lab researcher, Nicole Pedersen, to collect coral reef images from Molokai, Lanai, and Kahoolawe for the 100 Island Challenge. The research team didn’t want to miss out on the global march and their chance to voice their support for scientific research, so they took their message underwater!

In addition to their underwater march for science, the research team also partnered with local scientists, managers, and enforcement officers on Maui at the Kahekili Herbivore Fisheries Management Area to host a “Swim for Science” and talk story event held in conjunction with the March for Science event held earlier in the day at UH Maui College and the Smithsonian Institution’s Earth Optimism Summit. The event attracted an estimated 50 community members, resource managers, scientists, and conservationists to the Kahekili Beach Park, where participants made signs on underwater paper to parade around the beach park before taking their message to the water. In the water, participants swam in front of underwater cameras with their signs displaying messages in support of scientific research and expressing #EarthOptimism and #OceanOptimism for the conservation success story of Kahekili’s Management Area. After the march, participants had the opportunity to talk story with scientists, managers, and enforcement officers about their work and how to engage in communicating with elected officials in supporting resource management and enforcement. Click here to read more about the event! 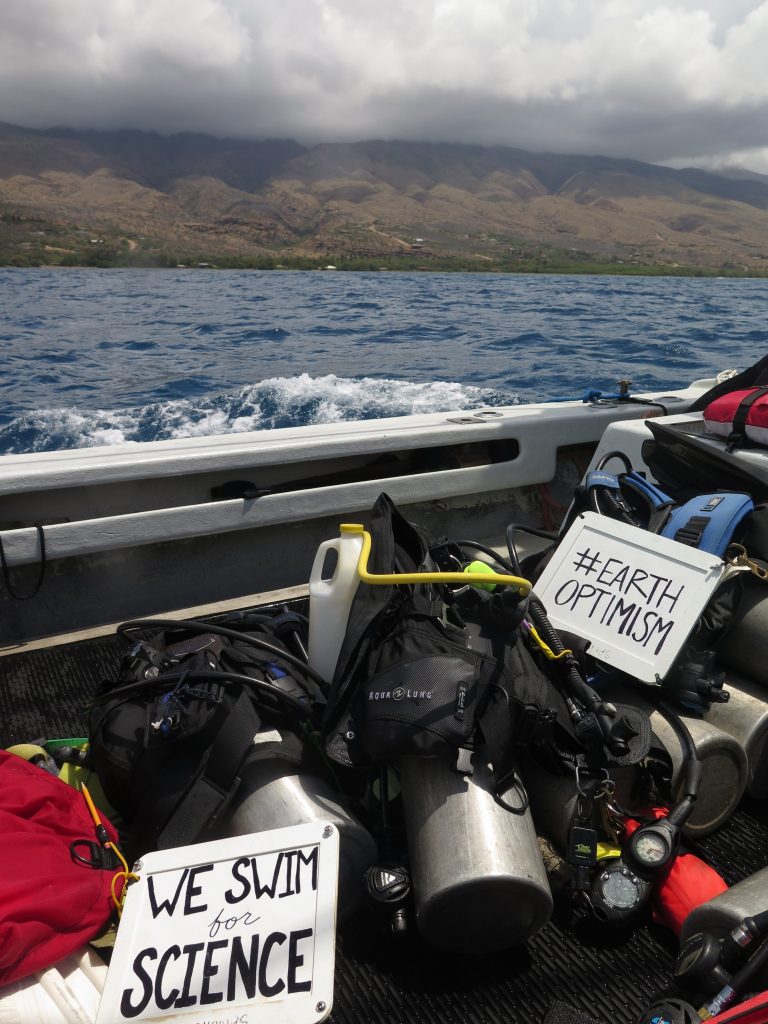 Researchers took their message underwater while diving for science on Molokai 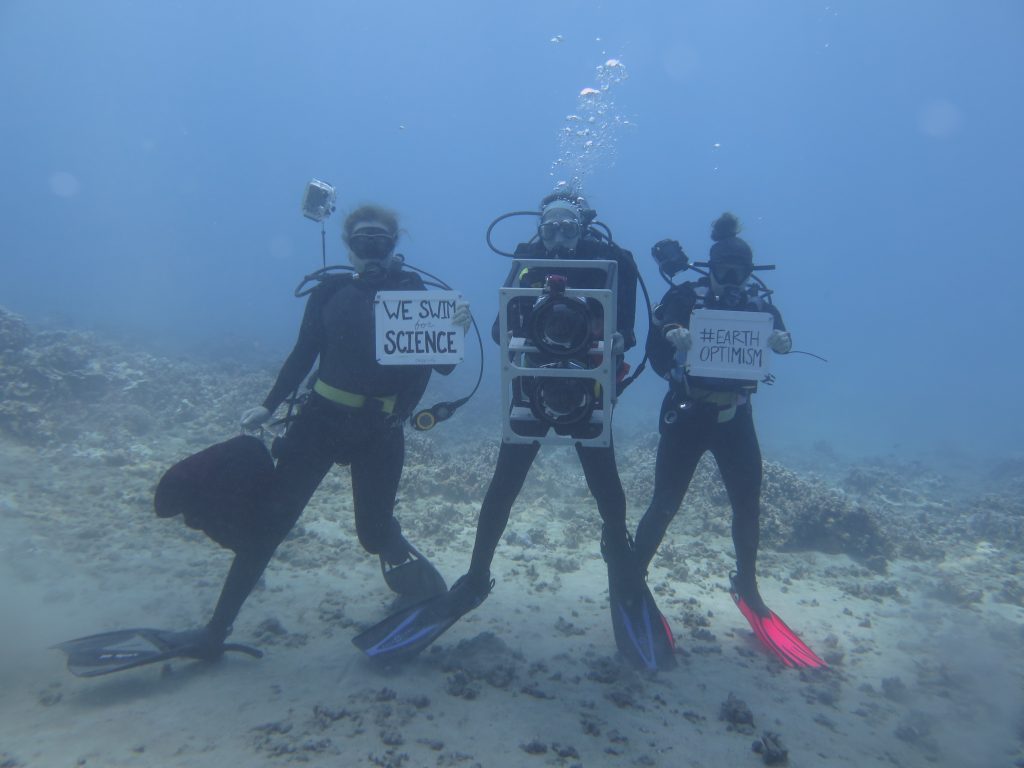 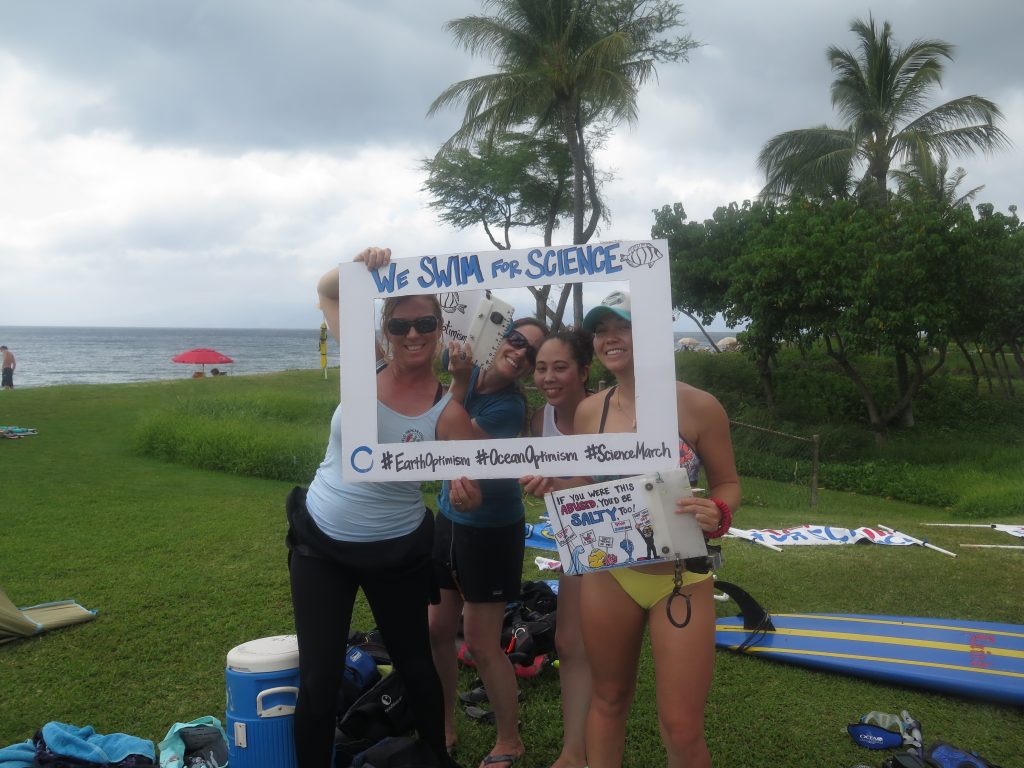 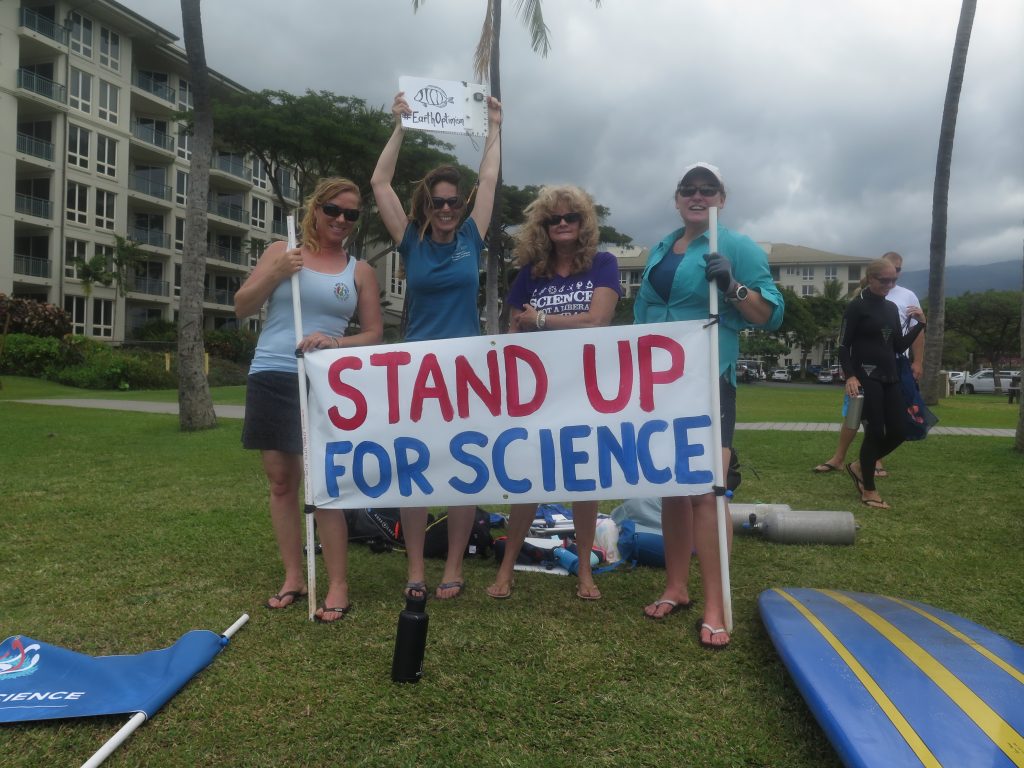 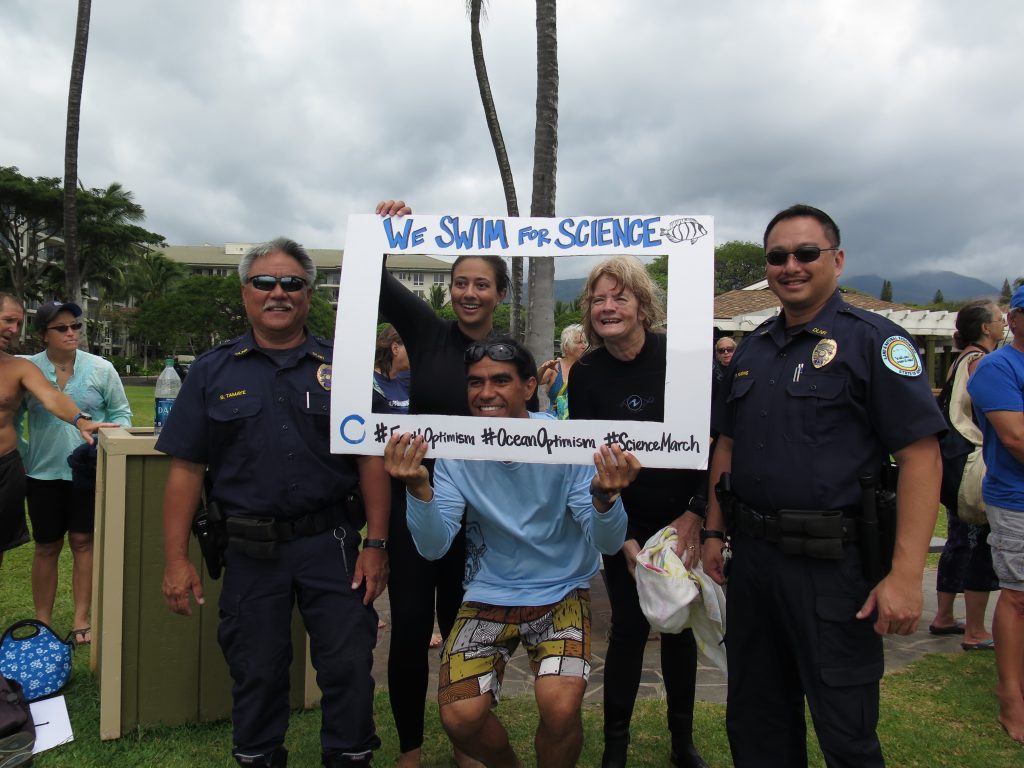