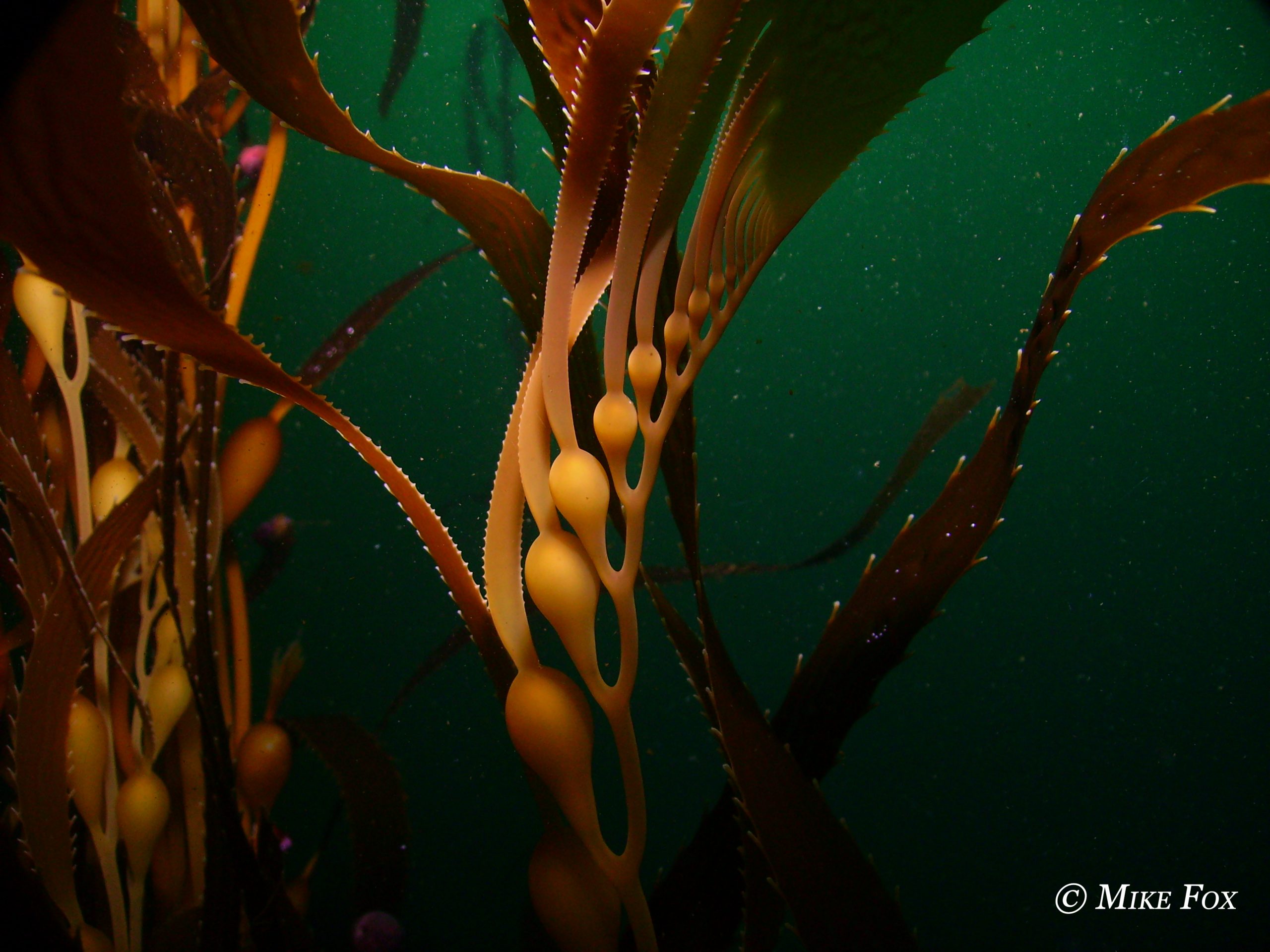 Giant kelp is one of the largest and fastest growing organisms on the planet. Off the coast of California, this massive, golden-brown seaweed can reach heights of over 100 ft as it grows towards the well-lit surface waters. However, being this big can also have its disadvantages. Large waves can snap giant kelp fronds, removing biomass and sometimes even whole individuals. Understanding the consequences of this biomass loss on the growth of giant kelp is key to understanding the foundational role this species plays in giant kelp forests around the world. 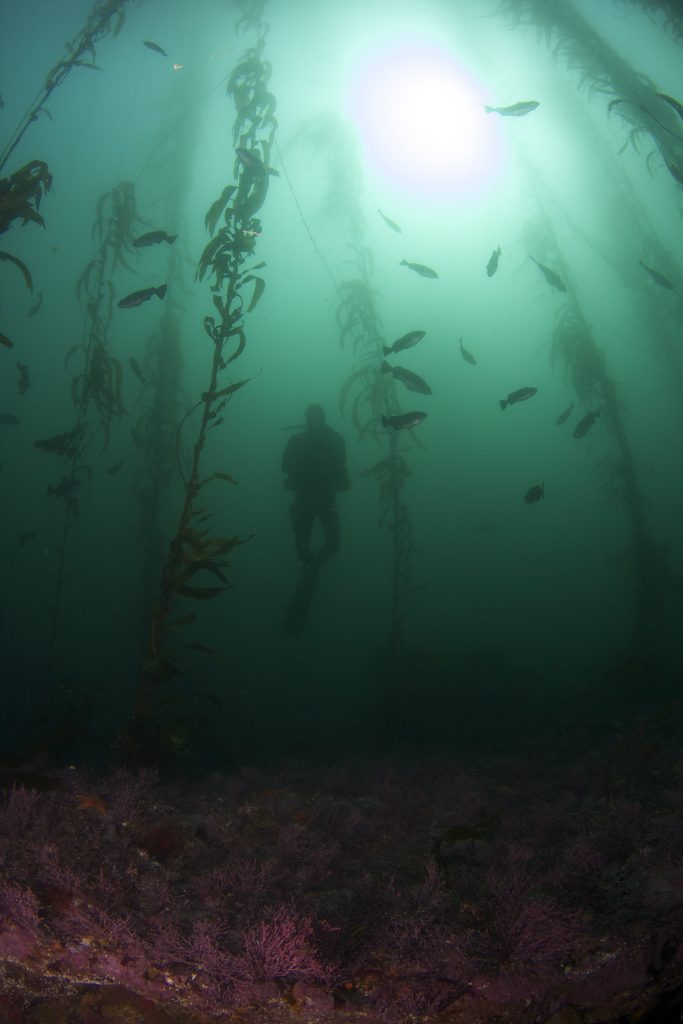 As part of his master’s research at Moss Landing Marine Laboratories, PhD Candidate Mike Fox conducted a manipulative experiment that found that the removal of biomass significantly reduces growth in giant kelp. Stable isotope analysis of young giant kelp blades showed that these younger blades rely heavily on resources provided by older blades at the surface.  Much like vascular plants, giant kelp can move carbon and nitrogen throughout its body to fuel new growth. So, when biomass is removed from an individual, the resources that typically support new growth are also lost. This study highlights that the spatial variability of biomass loss among individual giant kelp plants may play an important role in the regrowth of these underwater forests following large storm events.