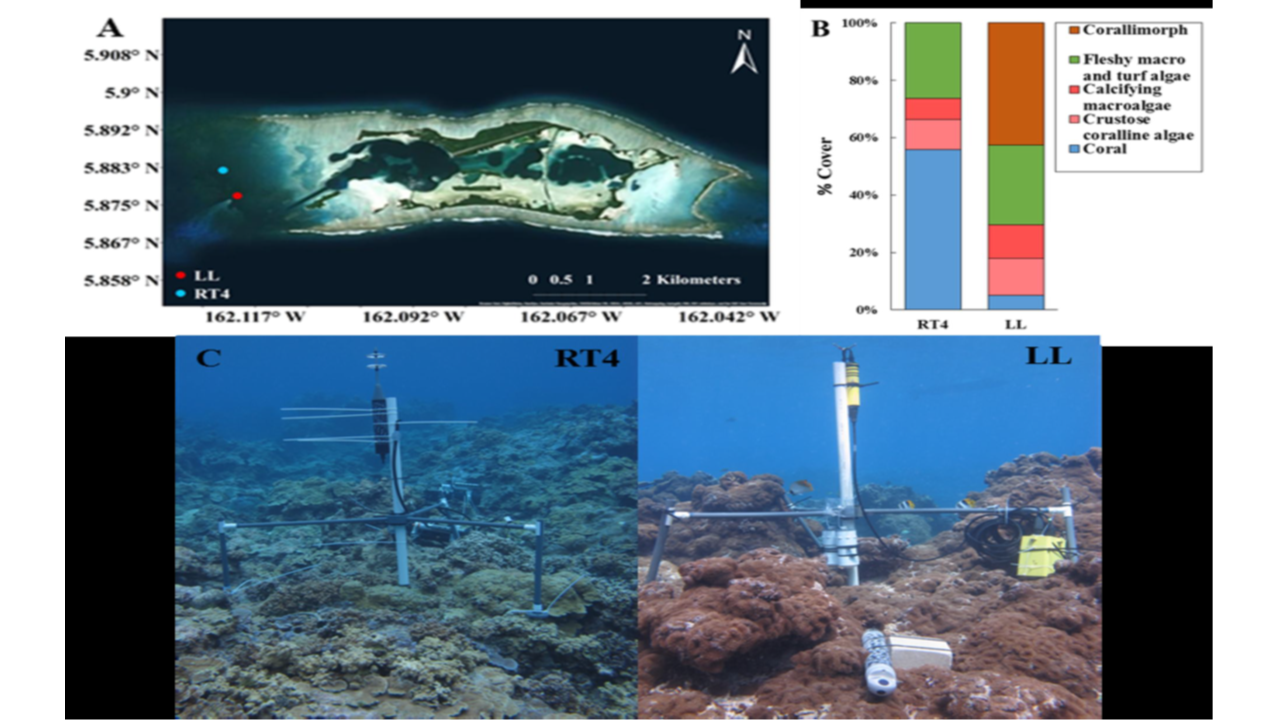 Abstract: Coral reefs are threatened worldwide, and there is a need to develop new approaches to monitor reef health under natural conditions. Because simultaneous measurements of net community production (NCP) and net community calcification (NCC) are used as important indicators of reef health, tools are needed to assess them in situ. Here, we present the Benthic Ecosystem and Acidification Measurement System (BEAMS), to provide the first fully autonomous approach capable of sustained, simultaneous measurements of reef NCP and NCC under undisturbed, natural conditions on timescales ranging from tens of minutes to weeks. BEAMS combines the chemical and velocity gradient in the benthic boundary layer to quantify flux from the benthos for a variety of parameters to measure NCP and NCC. Here, BEAMS was used to measure these rates from two different sites with different benthic communities on the western reef terrace at Palmyra Atoll for two weeks in September, 2014. Measurements were made every ∼15 minutes. The trends in metabolic rates were consistent with the benthic communities between the two sites with one dominated by fleshy organisms and the other dominated by calcifiers (degraded and healthy reefs, respectively). This demonstrates the potential utility of BEAMS as a reef health monitoring tool. NCP and NCC were tightly coupled on timescales of minutes to days, and light was the primary driver for the variability of daily integrated metabolic rates. No correlation between CO2 levels and daily integrated NCC was observed, indicating that NCC at these sites were not significantly affected by CO2.