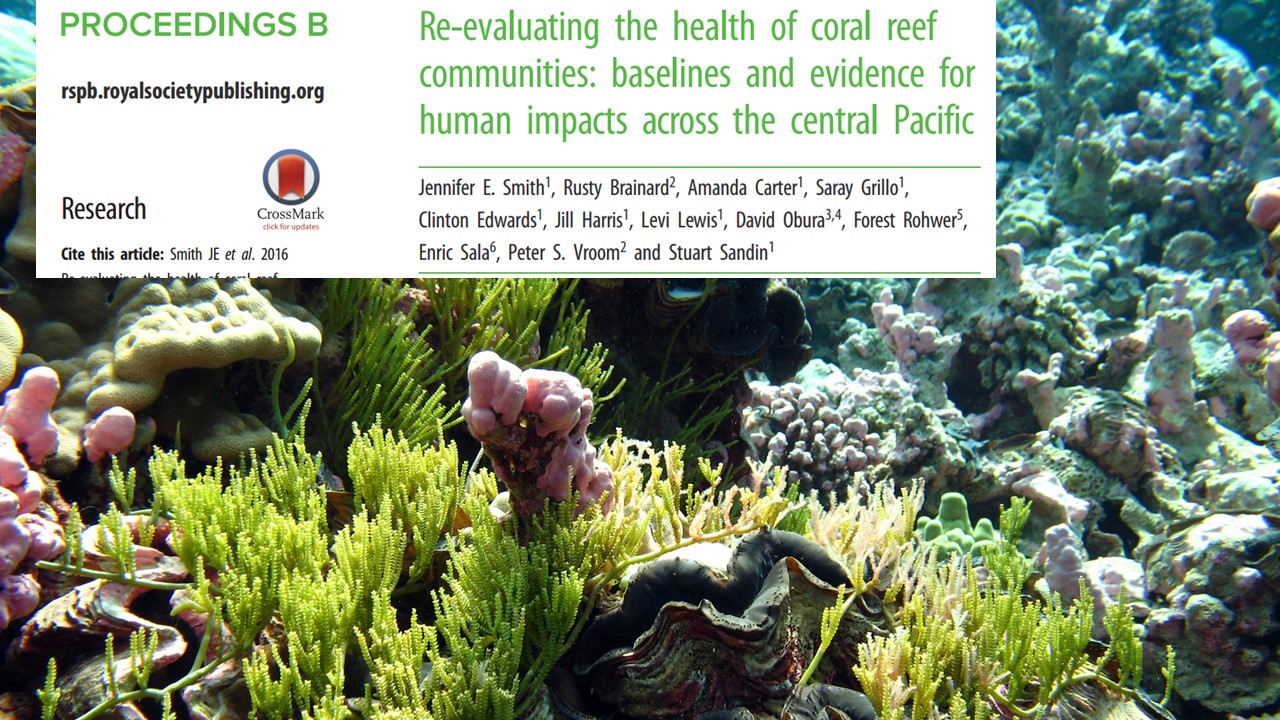 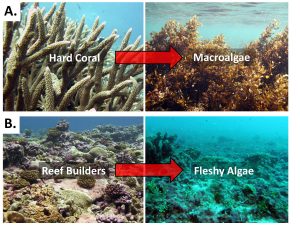 (a) The two groups commonly used to evaluate reef health: hard coral and macroalgae. (b) Landscape perspective of reef communities such as reef builders and fleshy algae

In one of the most comprehensive assessments of Pacific Ocean coral reef health spanning 10 years, 56 islands, and five archipelagos, Scripps Institution of Oceanography at UC San Diego marine ecologist Jennifer Smith and colleagues examined how coral reef communities at 450 sites are faring with increased human activity. The findings, recently published in the journal Proceedings of the Royal Society B, show that remote uninhabited islands are healthy in the absence of local human populations, and thriving despite global climate change.

From the uninhabited Malden and Millennium atolls in the Line Islands to the heavily populated Hawaiian Islands, the central Pacific Ocean is known for its vast expanse of islands and some of the most unspoiled coral reefs on Earth. For Smith, this far-flung region is an ideal natural laboratory to study the impacts of humans on coral reef health.

“Our findings suggest that in the absence of local human impacts, coral reef communities appear to be more resistant or resilient to global change than those with local human populations,” said Smith, lead author of the study. “This offers a new incentive for local conservation efforts on populated islands.”

The differences in reef communities between inhabited and uninhabited islands were only detectable when the researchers examined all of the species living on the reef floor, which they say is necessary to adequately conduct biological assessments on coral reefs.

According to the authors, the results suggest that cumulative human impacts on inhabited islands across the central Pacific may be causing a reduction in calcifying, reef-building organisms resulting in island-scale shifts to dominance by fleshy organisms.

The study offers some hope for the future of the pristine reefs around the uninhabited atolls of Malden and Millennium, and an incentive for inhabited islands to protect what they have left by better managing local impacts to reefs, such as fishing and pollution.