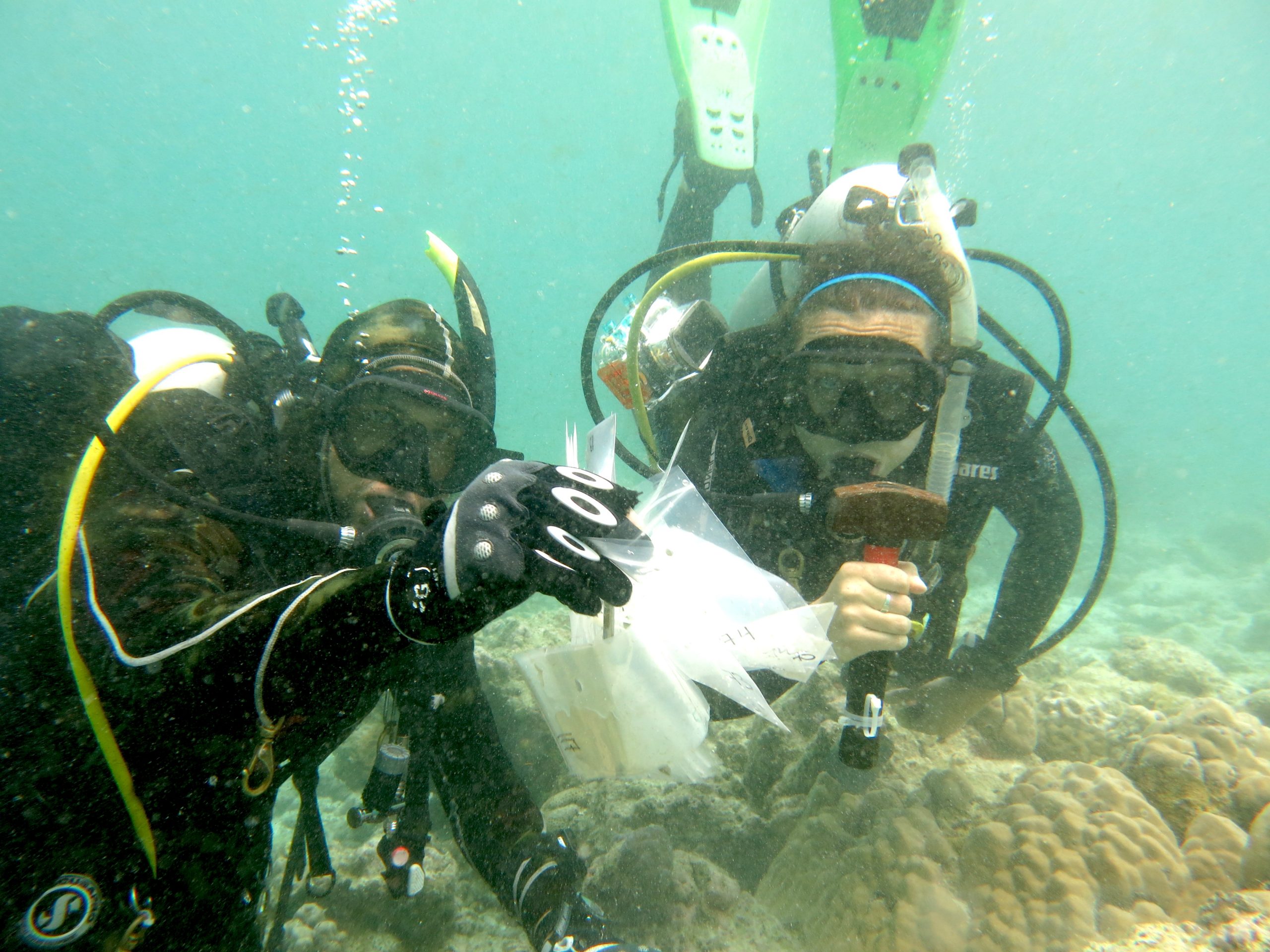 Jill’s new paper, written with Jen and Levi, was recently accepted for publication in the Marine Ecology Progress Series. Their paper, Quantifying scales of spatial variability in algal turf assemblages on coral reefs, describes how turf algae on a coral reef are variable over very small scales.  Stay tuned for the official publication of the paper, but in the mean time here is the abstract to quench your curiosity!

Quantifying variability over multiple spatial scales is a fundamental goal in ecology, providing insight into which scale-dependent processes most strongly influence community structure. On coral reefs, the ubiquitous turf algae are the primary food source for herbivores and competitors for space with corals. Turf algae will likely increase in the future, because they thrive under conditions that reduce coral cover. Turfs are typically treated as a single homogenous functional group, but analyzing them as a variable assemblage is more informative. We used a hierarchical sampling design to quantify four scales of variability in turf assemblages from centimeters (within single dead coral heads) to kilometers (across islands) on the rarely studied Lhaviyani Atoll, Maldives. We used four metrics, each reflecting different ecological processes: percent cover, canopy height, richness, and assemblage composition. For most of these metrics, variability was significant at multiple spatial scales. However, for all metrics, the smallest scale (centimeters) explained the greatest proportion of overall variability. The least variability in cover, canopy height, and richness occurred among sites (100’s meters), suggesting that processes such as competition, predation, and vegetative growth are heterogeneous at small scales. In contrast, assemblage composition was least variable at the largest scale (kilometers), suggesting that oceanographic processes or a well-mixed propagule supply reduce variability. With declining coral and increasing cover of turf on reefs worldwide, it will become increasingly important to understand the dynamics of coral-turf competitive interactions. However, because turf assemblages are highly variable at small spatial scales, these interactions require more detailed consideration.