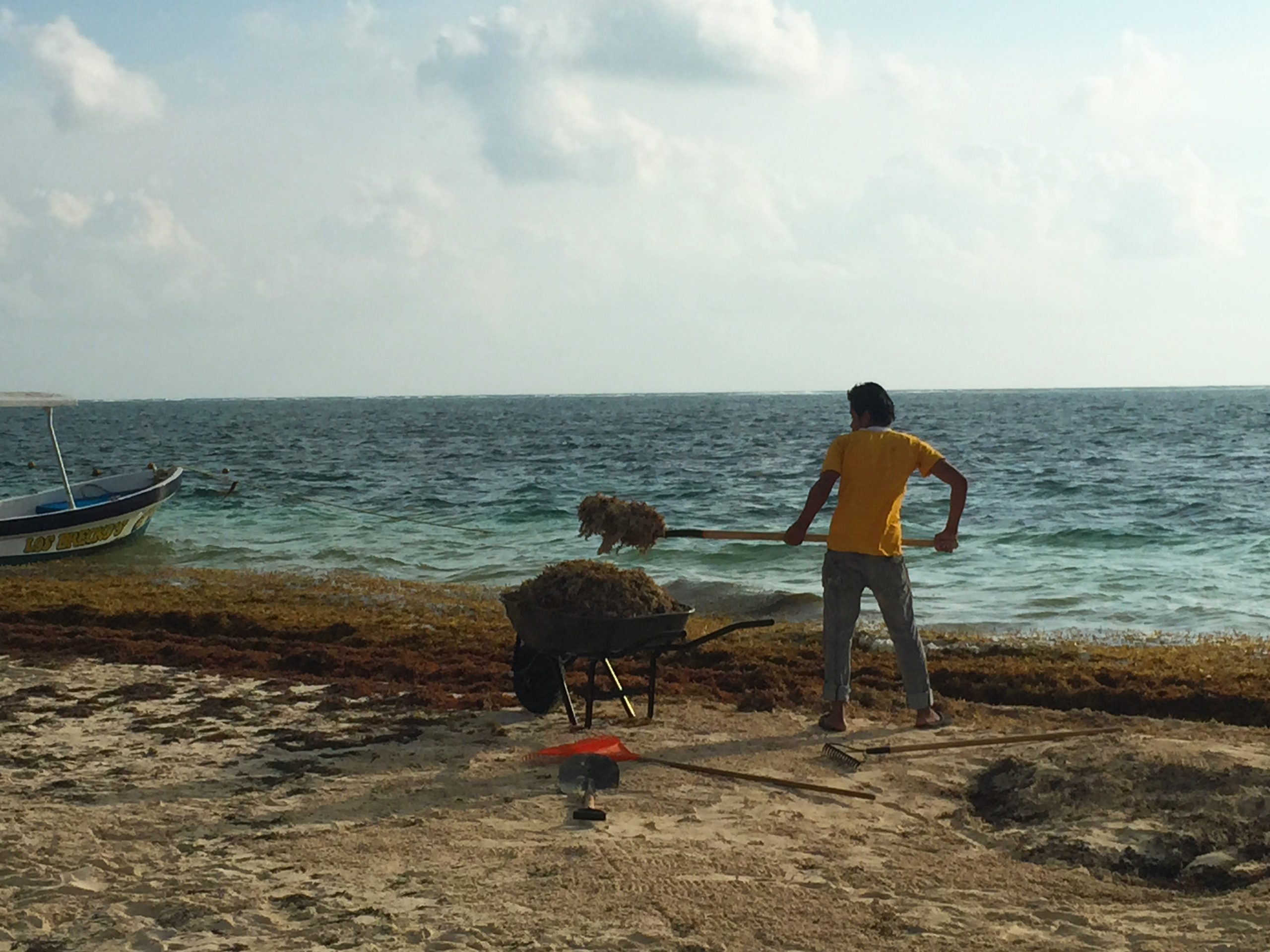 Last week I traveled south to Puerto Morelos, Mexico to participate in an intensive 3-week course about Light and Photosynthesis on Coral Reefs. Hosted by Dr. Roberto Iglesias-Prieto and the National Autonomous University of Mexico (UNAM), this class provides an incredible opportunity to study the photosynthetic physiology of corals, algae, and seagrasses. Our course is taught at the UNAM Institute of Marine Science and Limnology, located on the shores of the second largest barrier reef system in the world, the Mesoamerican reef.

I first learned about coral reefs while completing my undergraduate degree. During that time I spent almost two years living and working in the Caribbean. The turquoise waters and white sandy beaches were easy to fall in love with but it was the corals and the algae I learned about there that inspired my career as a marine scientist. I still think about those reefs and their familiar species of coral so I was very excited to return to the Caribbean after five years away.

Imagine my surprise when I first went out to the beach and found that it was practically buried in seaweed!! There are plenty of stories about the coral reefs in the Caribbean being completely overgrown by algae but even the worst reports hadn’t prepared me for this. However, after a bit of research, I am happy to report that this seaweed is not coming from the local reef. The brown alga that is covering the beaches is known as Sargassum natans, and shockingly it has traveled from hundreds of miles away! 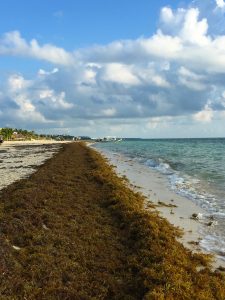 The amount of Sargassum that has washed ashore over the past week is truly amazing. It also makes our walk to school a little more difficult on the narrow sections of the beach!

Globally, 2014 was the hottest year on record. Unfortunately, in the Florida Keys these warm temperatures caused considerable coral bleaching. Although warm water temperatures can be harmful to corals, they are not necessarily bad for other organisms. While the corals in the Keys were bleaching, the Sargassum in the nearby Sargasso Sea was thriving. It turns out that the extreme productivity of the Sargassum population in the Sargasso Sea this year has caused far more algal biomass to wash ashore on beaches in the Caribbean than usual. During the summer months, wind and current patterns typically deposit some of this floating forest along the beaches of the northern Caribbean Islands. This year, however, extensive deposits of Sargassum have been reported as far south as Trinidad and as far east as Africa! So far, no one that I have spoken to here in Puerto Morelos can ever remember Sargassum deposits of this magnitude along the Mesoamerican reef.

With more Sargassum coming in each day, the beaches here look more like our beaches at home in California where we sometimes find them buried under kelp after big swell events. Although one thing is for sure, with themassive amount of Sargassum that has been washing ashore across the entire Caribbean region, the primary productivity of the Sargasso Sea is nothing short of awe-inspiring. Most of the resorts here are frantically trying to remove the seaweed from the beaches but from my point of view it serves as an impressive reminder of the wonders of nature. Thinking about how connected our marine ecosystems are, I can’t help but wonder if there will be any lasting impacts on the seagrass and reef systems just offshore. I guess we will just have to wait and see… 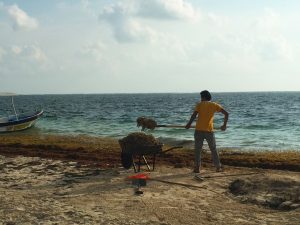 Many tourists come to the Mexican Yucatan to enjoy the miles of white sand beaches so the resorts are fighting a losing battle to keep their beaches clear of the seaweed. 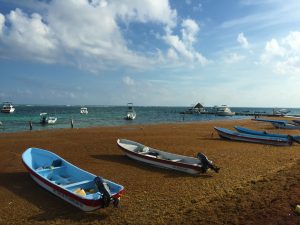 Pangas in the local harbor floating on a huge mass of Sargassum that washed ashore after a small storm.