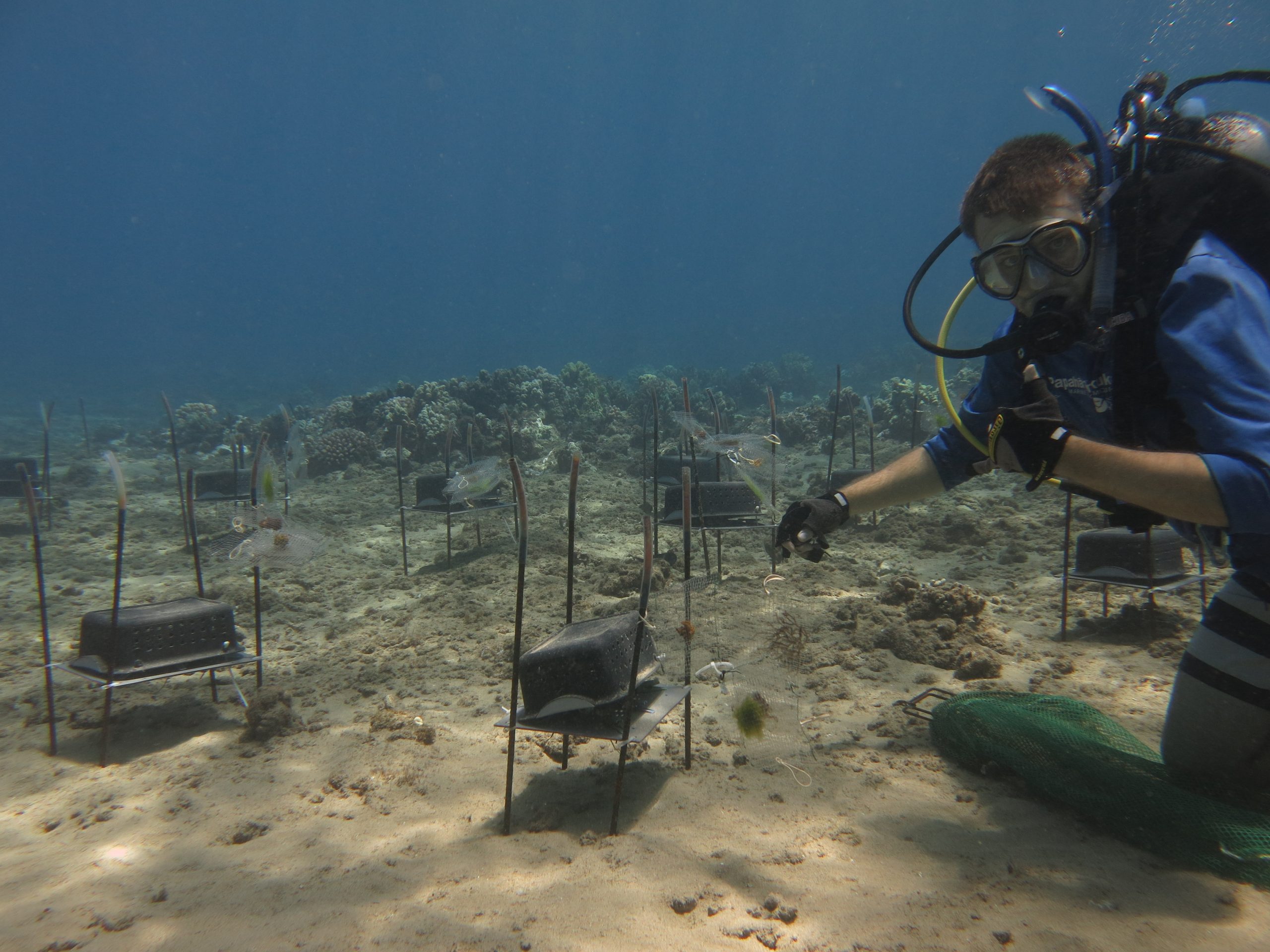 My first summer in the field

When I tell people that I spent six weeks on Maui this summer, nobody seems to believe that it wasn’t a vacation. I tell them that I was working from dawn to dark every day and that my body was covered in scrapes and bruises by the end, but all they hear is, “I was living in paradise and scuba diving every day, and I got a great tan!” To be honest, I can’t really blame them. The fact that coral reef ecology means scuba diving in tropical paradise is one of the primary reasons I chose the field. Even though I was utterly exhausted by the end, and each day brought new challenges, it was the most exciting and fulfilling work I’ve ever done.

The goal of my first field season was to help PhD student Levi Lewis pull out an experiment that had been on the reef for 3 years. I got to go because he needed a dive buddy and extra hand. Levi’s main experiment looked at the health of reefs by placing PVC tiles called Calcification Accretion Units (CAU) on the reef and seeing what grew on them. Half of these CAUs had plastic mesh on them to prevent herbivores from grazing on them, and the first phase of our work was cleaning and repairing these cages for the final month they would be on the reef. This is when I learned of the sacred place zip-ties have in the hearts of scientists. Over the course of the trip we used over 1000 zip ties, and using them underwater never got easier. Imagine threading a needle in a hurricane. I would almost have a tie zipped but then the surge would toss me 15 feet away across the reef. Luckily, surge works both ways and I would eventually get carried back to try again. On some really rough days I learned to just wedge myself into the reef and hope there wasn’t an eel in the hole I was sticking my hand into. 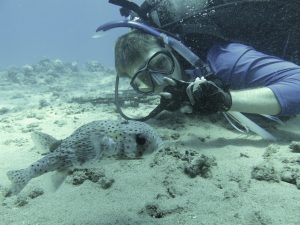 We also did some really fun and totally not frightening experiments with urchins. For those who don’t know, Hawaii has a few species of urchin that have heavily toxic spines. While those guys were frightening at first, they were mostly a non-issue if you handled them carefully and kept a lookout while diving (I learned that the hard way after I accidentally drop-kicked one of our research specimens with my fin—sorry, buddy!). The really terrifying urchins are the completely harmless Tripneustes gratilla. Why are they so scary if they’re harmless? Well, these lovely little fellas have a fascinating survival strategy. T. gratilla doesn’t have toxic spines and it can’t run away, so when an individual is threatened it ensures the survival of its species by releasing sperm all over the reef (it’s possible that the mechanism is meant to gross out predators, but I’m pretty sure that only works against humans). Unfortunately for us, T. gratilla regards pretty much everything as a threat, including being transported in a cooler in our science van. We would try not to make hard stops because the lid didn’t seal too well, but after a few trips I think we were both too embarrassed to offer anyone else a ride. It’s ok though, we’re biologists, right? 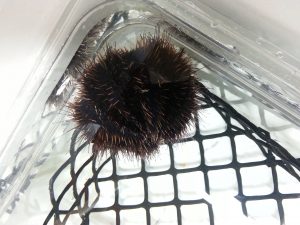 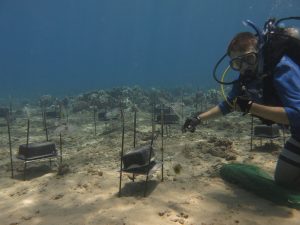 The evil T. gratilla, being incubated for metabolism measurements (left). The cages we stuck them in to conduct grazing assays (right). The purpose of the assay was to see what algae each species of urchins prefers to eat, and how much. The metabolism data can give clues as to how active the urchins are (and how much food they would need). Urchins are an important player on Hawaiian reefs because they trim back algae that would otherwise smother coral.

One of the real joys of the trip was all the practical problem solving involved. There is no Sears for science, so we had to design and build all of our experiment set ups. For marine ecologists, this means spending some quality time with PVC and (predictably) zip ties. Beyond building the tools we also had to design the experiments themselves to fall within the limitations of our equipment and still be scientifically rigorous. Of course, no matter how thorough you are in the planning phase, when go -time comes there will always be some small problem. It sounds perverse, but I came to enjoy it when these problems happened because it meant there was one more puzzle to solve. Maybe it helped that it wasn’t my PhD dissertation that hinged on these experiments; it was probably a lot more nerve-wracking for Levi. 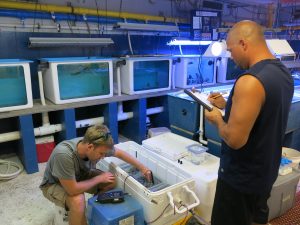 A big pile of CAUs

In all, I am immensely grateful for this opportunity. I learned so much about science and field work, I got to see some amazing critters and sights, and I met an awesome group of people. Big thanks to Levi and the Smith Lab, as well as the Maui ohana I was lucky enough to become part of. 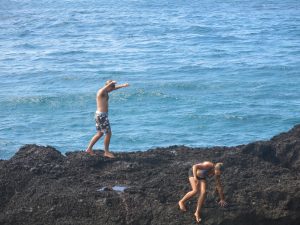 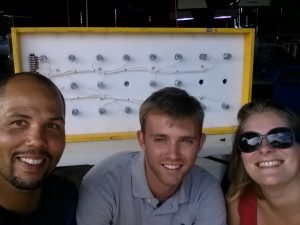 The crew: Levi, me, and Susan Kram, a fellow Smith Lab member. 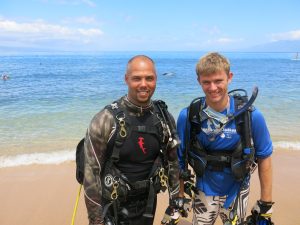 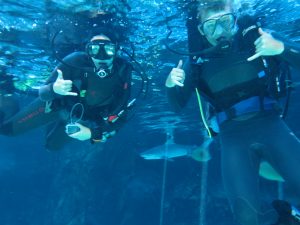 We got to dive in the shark tank at Maui Ocean Center. Yes, that’s a tiger shark.