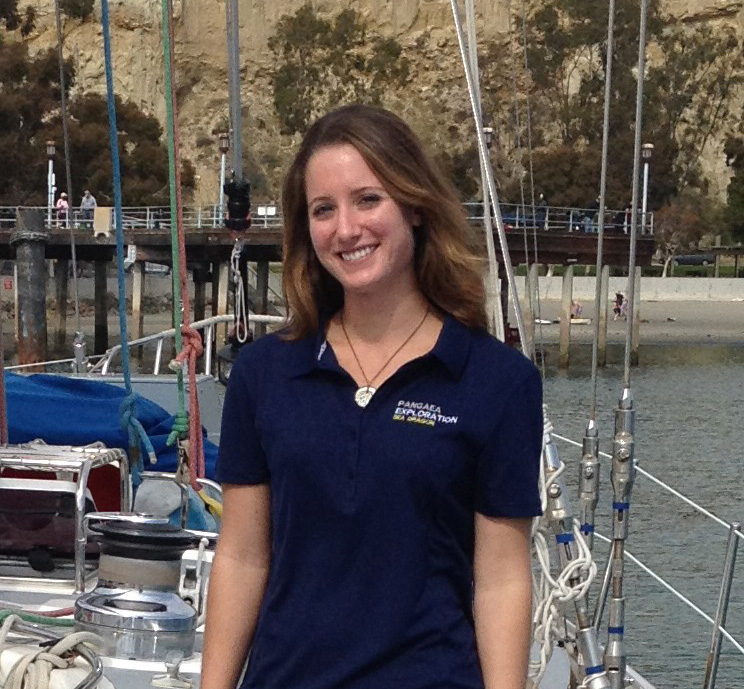 Rachel was an emerging star with a passion for being at sea and applying her research to the future health of the ocean. Her research focused on questions of resilience of marine ecosystems, and specifically the capacity of ecosystem recovery following major disturbances. Rachel’s thirst for being at sea was evidenced by her participation in research cruises to Brazil, the Cook Islands, the Republic of Kiribati, as well as a number of other ship-based expeditions.

Her current and former Scripps Oceanography advisors Stuart Sandin, Octavio Aburto-Oropeza, and Phil Hastings described her as a bright, energetic, and driven individual.

Sandin fondly recalled Rachel’s never-ending compulsion to succeed and her unique view of obstacles as opportunities to find creative solutions. Aburto-Oropeza began working with her a short time ago and described their interactions as one of the most dynamic collaborations in his life and highlighted her passion for communicating science to broad audiences.

Her friends and colleagues at Scripps have described her touchingly: 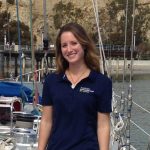 “Rachel was a beautiful person, inside and out. She was dedicated to her work in ocean conservation and exploration. She enjoyed simply being out on the water. She was a brilliant, giving, and selfless person that always had a smile on her face. Rachel was an explorer at heart, sailing across the Pacific and collecting valuable data as she went. Among her many talents, she was an amazing communicator and editor. We will always keep her in our hearts and miss her dearly.”

Rachel’s passing is a tremendous loss to Scripps Oceanography and the entire UC San Diego community.

A memorial service for Rachel’s family and Scripps friends and colleagues will be held on Thursday, April 3, 2014, at 2:30 p.m., at Scripps Institution of Oceanography. For more info on the memorial service, please contact: scrippsnews@ucsd.edu.

To post a remembrance of Rachel on this web page, please send your tribute with your name and affiliation to scrippsnews@ucsd.edu.

The first time I interacted with Rachel was during her first year at SIO, when she sought my help while preparing a fellowship application. I was instantly impressed by her – her writing was impeccable, clearly conveying a genuine love for her field, her thorough research plan, and her mature interpretation of the impacts of her proposed work. I thought, “This woman is a force. Not only will she get the fellowship, but she’s going to be a star researcher”. It turned out that she did not get that particular fellowship (which I found truly baffling), but when she told me, her disappointment was almost completely masked by her enthusiasm to apply herself to the next pursuit. And that was just how she was. Motivated, resilient, persistent, capable.

Last fall, Rachel and I were both Teaching Assistants for an undergraduate class. This time I needed Rachel’s help. Having never been a TA before, I showed the marks of a novice. Rachel, a teaching pro, could not have been more calm, efficient, or poised. She was always willing to do more than her share of the work, and I actually had to convince her to do less work. One night, we were grading exams, and we split the exam in half so we each had an equal portion to grade. Rachel finished her section in one third of the time it took me. I kept apologizing for taking so long and telling her she could leave, but she just laughed, helped, and stayed until we were through. In retrospect, maybe that’s why she offered to do more of the work… but either way, she showed not a hint of frustration with me. She was patient, kind, and helpful, always with a smile on her face. We had fun grading together, chatting about the class, research, and life. I was happy to get to know her better, and to learn more about this truly special person. I feel lucky to have had her as my friend and colleague, and I know so many people who feel the same way.

Rachel was inspiring just by being herself. She was impressive without being deliberately so. She was the kind of person that people are proud to know, and she will be very dearly missed.
– Lauren Shipp, friend and fellow student at Scripps Institution of Oceanography, UC San Diego