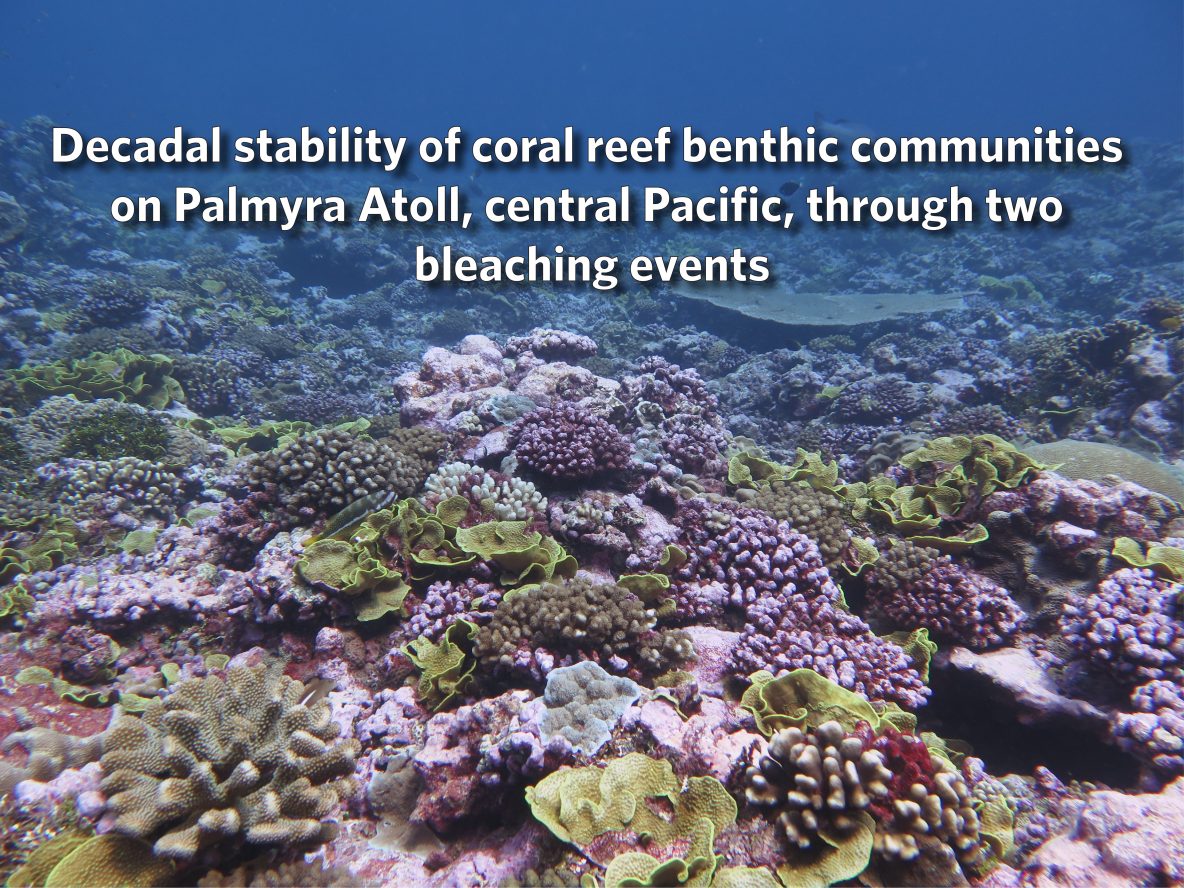 Although many coral reefs are facing devastating declines due to global climate change, some reefs, such as at the remote Palmyra Atoll, are able to withstand and recover from bleaching.

This recently-published paper, led by Ph.D. candidate Adi Khen and co-authored by lab alumni/staff with senior author Dr. Jennifer Smith, demonstrates the remarkable resilience of Palmyra’s reefs over the past decade despite two mass bleaching events.

The Palmyra photoquadrat time series was established in 2009 at two reef habitats and eight sites across the Atoll and has been maintained at least yearly. With the help of several undergraduate volunteers, photoquadrats are digitized in Adobe Photoshop – coral colonies and algal patches are manually traced, identified to the finest possible taxonomic resolution, and their percent cover is quantified to monitor change through time.

While there were short-term declines in coral cover following each of the bleaching events, this was restored within a couple of years, and ultimately there was evidence of long-term stability on the decadal scale.

Adi and Jen were recently interviewed about the study by reporter Bree Steffen at Spectrum News. Watch the story and read more here.

As climate change continues to threaten reefs worldwide, we can use what we learn from Palmyra to inform management at more-degraded locations. Among the ongoing “death and destruction,” these promising results are a testament to the resilience of nature when given the chance! 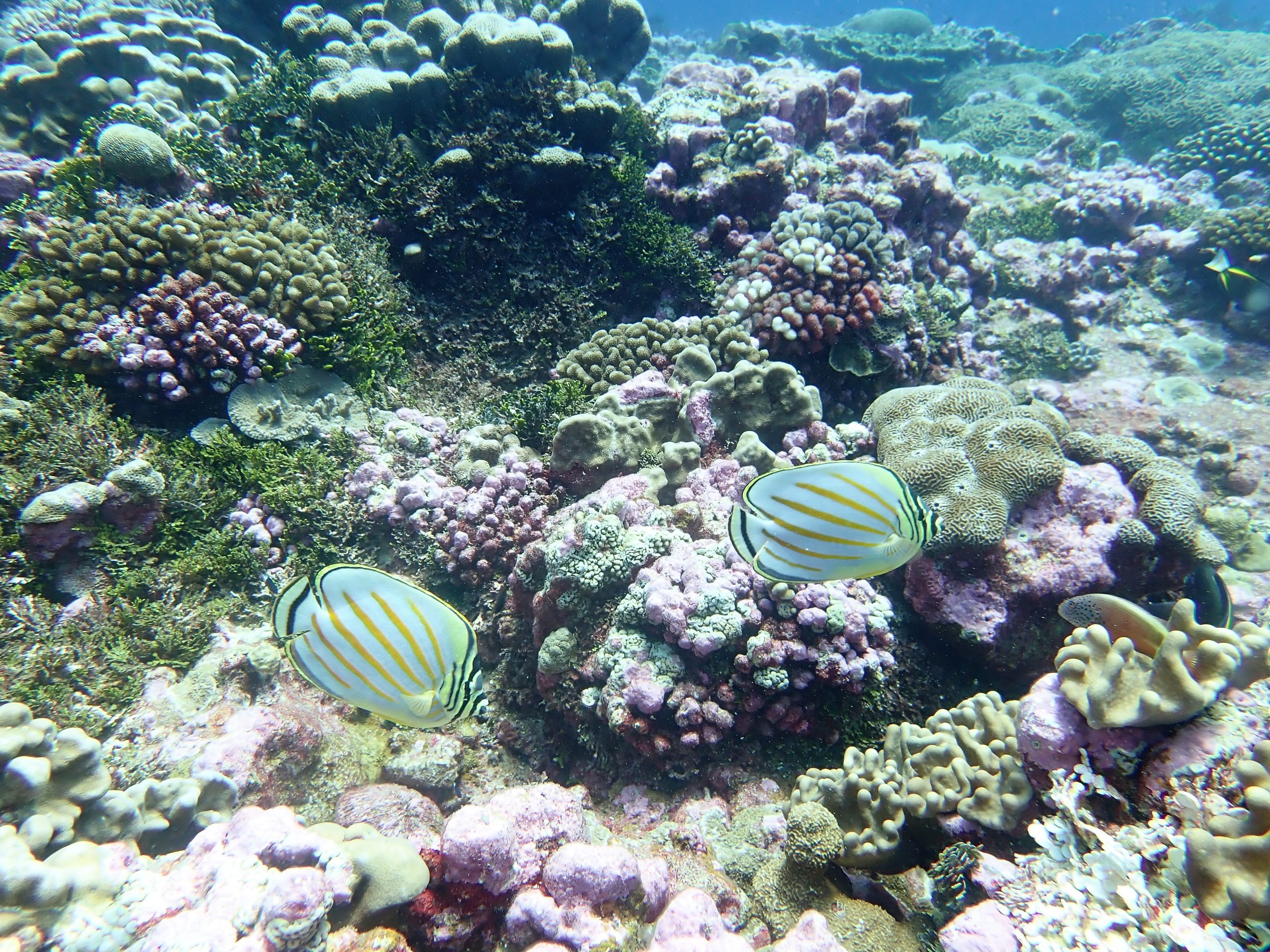 Palmyra’s reefs are dominated by reef-building corals and other calcifying organisms (e.g., crustose coralline algae), as well as an abundance of herbivores grazing on fleshy algae. Together with the lack of local stressors (i.e., no fishing or pollution), these factors may have contributed to Palmyra’s resilience. Credit: Dr. Jennifer Smith