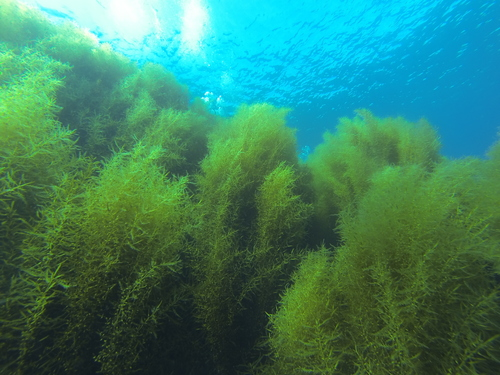 Smith Lab members Niko Kaplanis and Jill Harris recently published the results of their San Diego County non-native algae research project conducted between 2012 and 2014. This work documented patterns of establishment, spread, and persistence for two non-native algal species in San Diego county and analyzed this invasion in the larger geographic context of the entire Pacific Coast of North America.
Since the introduction of Sargassum horneri and Undaria pinnatifida in the early 2000’s, both species have spread rapidly to occupy a variety of ecosystems throughout San Diego County and the southern California bight.  The Smith Lab is continuing to research what the ecological implications of these invasions may be.
Sargassum horneri is a brown fleshy alga native to temperate areas of Japan and Korea. 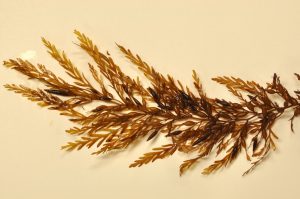 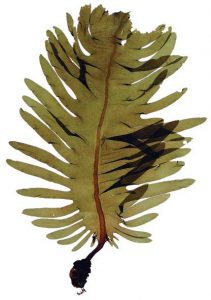