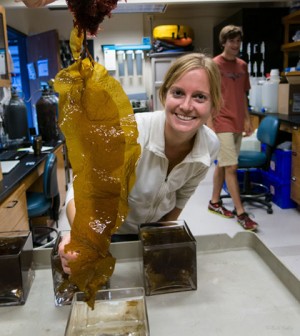 The Environmental Monitor is a journal, published by Fondriest Environmental, that covers topics like products, projects and trends in the environmental monitoring industry. It aims to keep professionals informed about developments in their field. Members of the Smith Lab at Scripps Institution of Oceanography and the Hamilton Lab at Moss Landing Marine Labs have been performing several experiments that look at the effects of ocean acidification on coastal organisms. 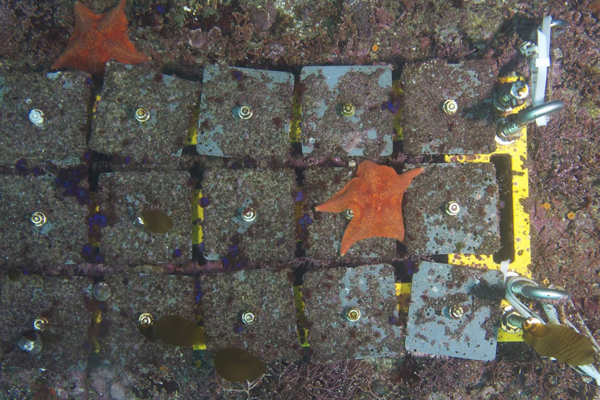 The researchers “farmed” seaweeds and invertebrates on undersea tiles

For student teams from two California-based research labs, custom-built bubblers, seaweed harvests and baby sea snails are all providing answers about ocean acidification. With the help of assistant professor in Marine Ecology and Conservation Jennifer Smith, the students performed experiments to study the impact of ocean acidification on coastal organisms. One experiment studied seaweed growth, while another looked at the effects of acidification on invertebrate sensory capacity. For the third experiment, the researchers “farmed” seaweeds and invertebrates on undersea tiles. The students involved were from the Smith Lab at Scripps Institution of Oceanography, and the Hamilton Lab at Moss Landing Marine Labs. Each experiment was performed in the Smith Lab, though the single-species and tile collection processes were performed in San Diego and Monterey Bay, Calif.

The first team, led by oceanography masters student Susan Kram, explored the reaction of California’s dominant seaweed species to ocean acidification. “An experiment begins by collecting algae and placing them in the state-of-the-art flow-through seawater bubbling system,” Kram said. For 30 days, a student examined the specimens and gathered pH and temperature data from the seawater — a process that sometimes takes more than two hours. The final step in each experiment involved measuring the growth of the specimen.

Another experiment examined the effects of ocean acidification on invertebrate larvae, organisms that often rely on certain environmental cues to know when to settle and metamorphose into their juvenile stage. Scripps Institute of Oceanography masters student Molly Gleason and her team studied the behavior of the larvae of red abalone — a type of edible sea snail — in acidified and normal conditions to determine if the detection of these cues was hindered by abnormal aquatic conditions. “We expose [the abalone larvae] to the cue-producing calcified algae and then count the number of larvae that successfully settle. We can then determine if [ocean acidification] affects the ability of baby abalone to successfully settle onto the benthos prior to developing into adults,” Gleason said.

The third experiment, carried out by oceanography masters student Emily Donham and her team, sought to determine which species in a competitive community would fare best in acidic conditions. PVC settlement tiles were placed on reefs in Monterey Bay and La Jolla, San Diego. For one year, the researchers left the tiles alone, allowing for natural recruitment of seaweed and invertebrate species to occur. After being collected by divers, students at the Smith Lab inserted the tiles into the seawater bubbling system — the same one used by Kram’s team — for five weeks. “This state of the art bubbling system allows us to simulate [ocean acidification] in the near future as accurately as possible so we can make realistic predictions about which species will (or won’t) cope with lowering seawater pH,” Donham said.

Postdoctoral researcher Nichole Price designed the seawater bubbling system specially for work at the Smith Lab. Most experiments that utilize stagnant seawater are limited to relatively short durations due to lack of available nutrients. Price’s system solves this by cycling out used seawater and bubbling a gas blend into the specimen’s aquarium at a rate constant to water exchange. In doing so, the specimen is never nutrient-limited, and the pH of the seawater in the system is allowed to fluctuate as it would in real coastal environments. “We use up to 40 replicated experimental aquaria (with controlled temperature and light conditions) to attain adequate sample size so our results represent multiple independent species reactions to treatment conditions with sufficient confidence that our results are unbiased,” Price explained. Using high-precision mass flow controllers, the researchers simulated the expected atmospheric conditions of 2100, according to predictions by the Intergovernmental Panel on Climate Change. 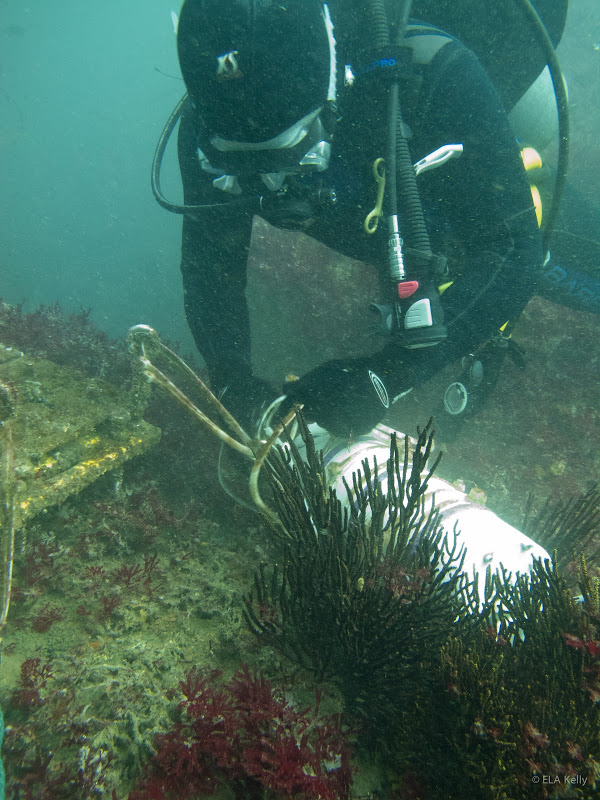 Other monitoring instruments used in the Smith Lab and at collection sites include pH and temperature sensors such as the SeaFET, Honeywell’s Durafet Non-Glass pH electrodes, and handheld HQ40d HACH meters with glass electrode PHC201 pH probes. A LI-COR Biospherical PAR sensor was used to measure photosynthetically active radiation, and HOBO Pendant UA-002-64 data loggers monitored temperature and light intensity. As it turns out, the study found that the carbon dioxide-enriching effects of ocean acidification do compromise the ability of red abalone to detect settlement cues. Other invertebrates, Smith said, are likely at equal risk: “Our results suggest that many calcified seaweed species are negatively affected by [ocean acidification], including the species most known for providing settlement cues for invertebrates.”

Many invertebrate larvae are also sensitive to the warming effects associated with climate change and may have difficulty surviving in a warmer, more acidic marine environment. Scientists like Jennifer Smith and the students at the Smith Lab continue to examine these problems and others through experimentation and research. “Many of the experiments are still ongoing and the students have been busily working throughout the summer,” Smith said.

*All Photo Credits to Scripps Institution of Oceanography