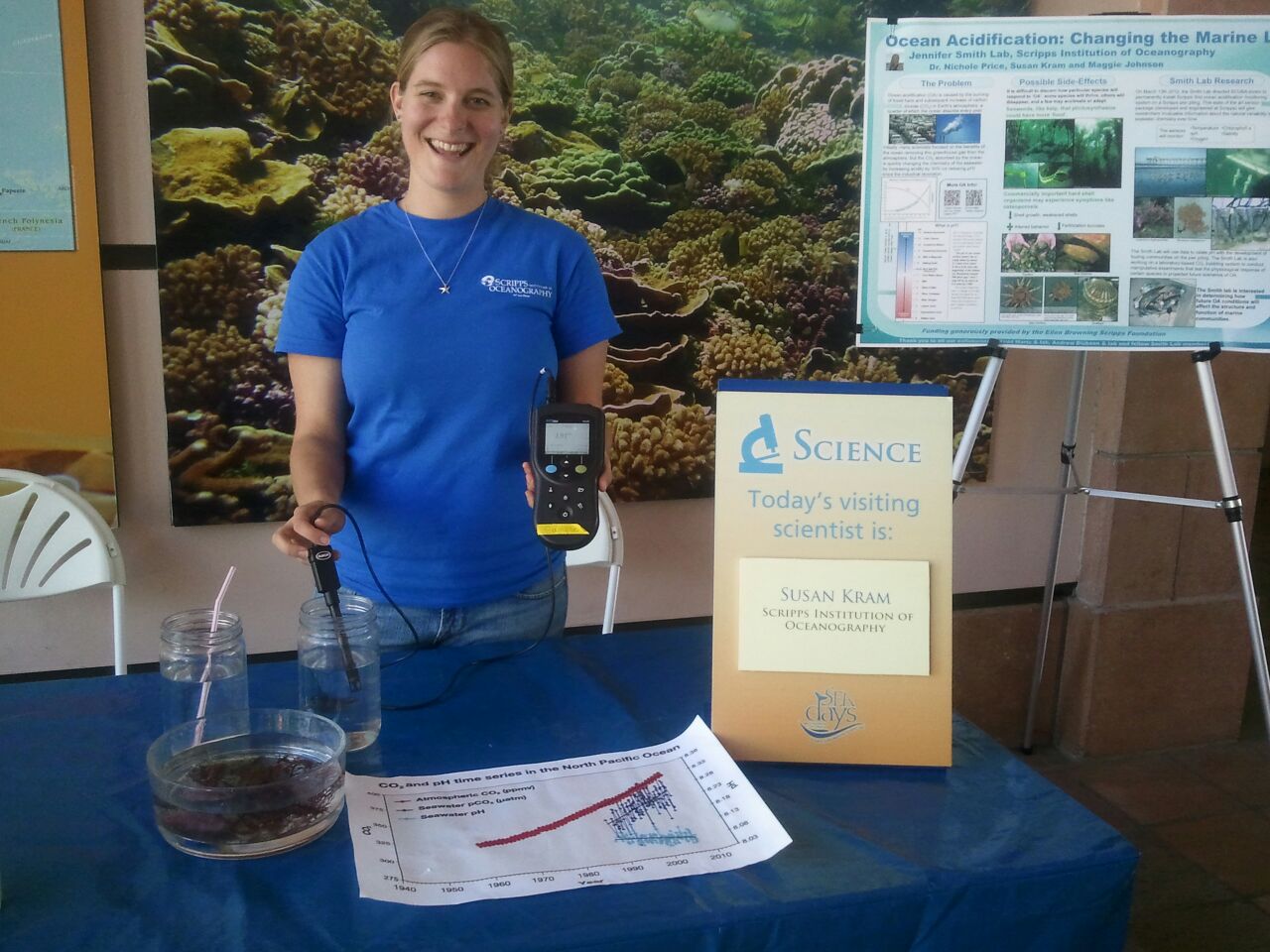 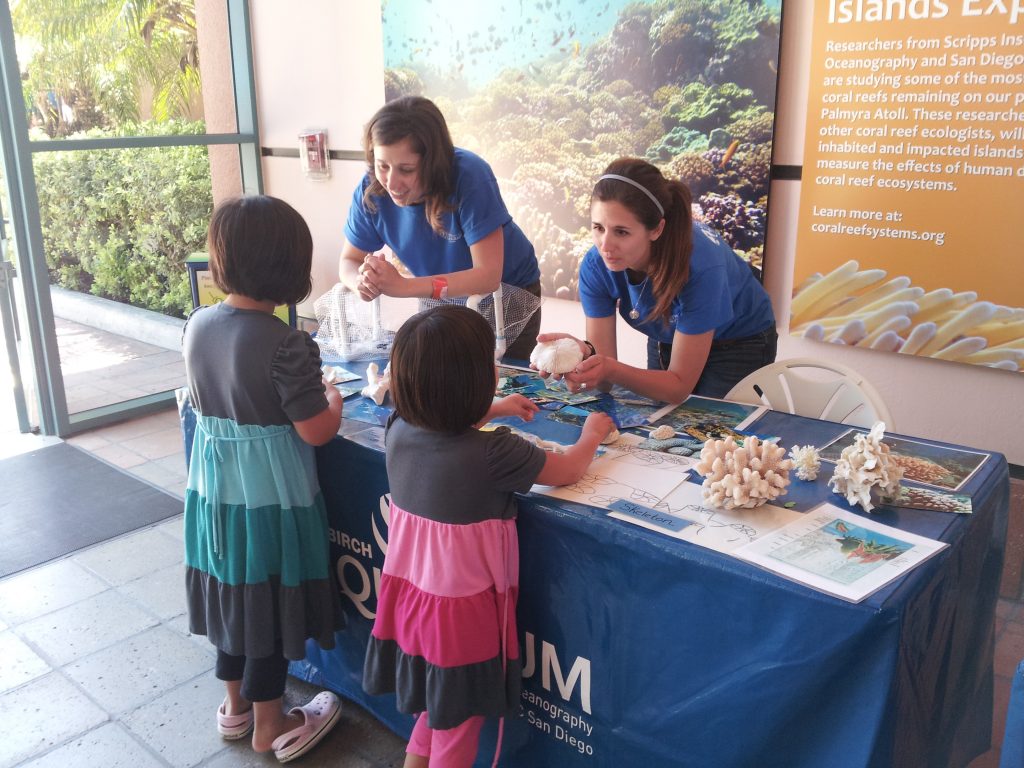 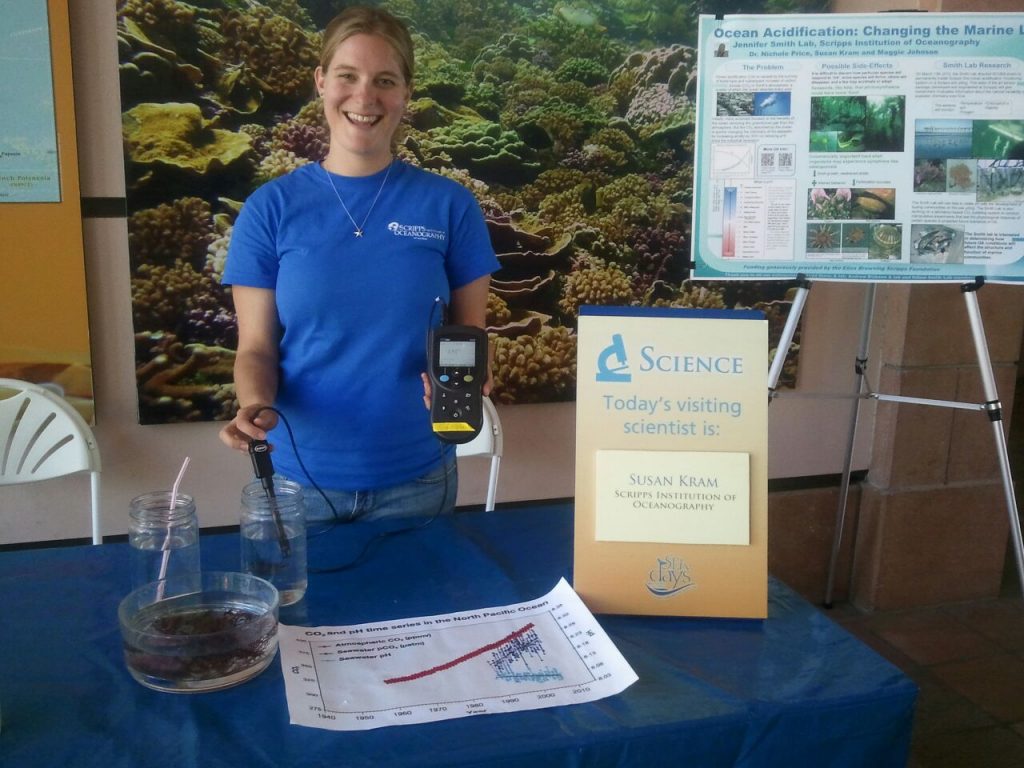 The ocean acidification table included a demonstration of how CO2 affects seawater pH.  Aquarium guests were asked to blow bubbles into a mason jar of seawater, and using a pH probe and meter they could watch the pH in the seawater drop as they continued to blow bubbles – demonstrating how the CO2 from their breath affected the seawater pH.  The pH probe used was the same one that is used in Smith Lab ocean acidification experiments, demonstrating to the public what type of tools Scripps Researchers use.  Overall the event was highly successful and Smith and Sandin lab members were able to reach discuss their research with over 100 guests.