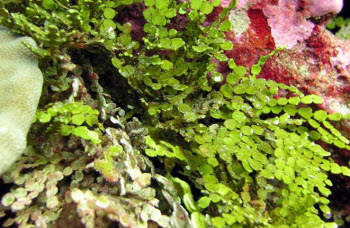 by Jennifer Smith, head researcher on the Benthic Team 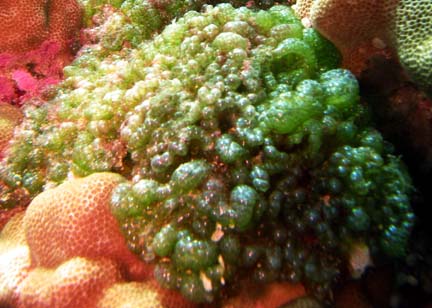 Coral reefs are known for their spectacular diversity and striking beauty. When most people think of coral reefs they think of the colorful coral animals themselves—the organisms that build the reef structure and provide habitat, shelter, and food for a number of other reef inhabitants. But much diversity and beauty are also to be found in a lesser known and certainly less appreciated group of organisms: the algae. The algae are incredibly important to reef ecology and productivity, but the very word algae often makes people cringe. Why, they typically ask, would you care about “pond scum” or “slime”? The answer is that in the tropics the reef algae (aka marine plants or seaweeds) represent a large number of species—in many places the total number greatly exceeds the number of coral species. These marine autotrophs get their energy directly from the sun. They capture this as chemical energy which they rapidly convert into usable “food” for the rest of the reef food web, making them essential for a healthy reef ecosystem. And they are fascinatingly diverse.

We scientists usually classify reef algae in three functional groups: the turf algae, the crustose coralline algae, and the larger macroalgae. Each of these major groupings contains hundreds of species worldwide and each group is unique and important in its own way. 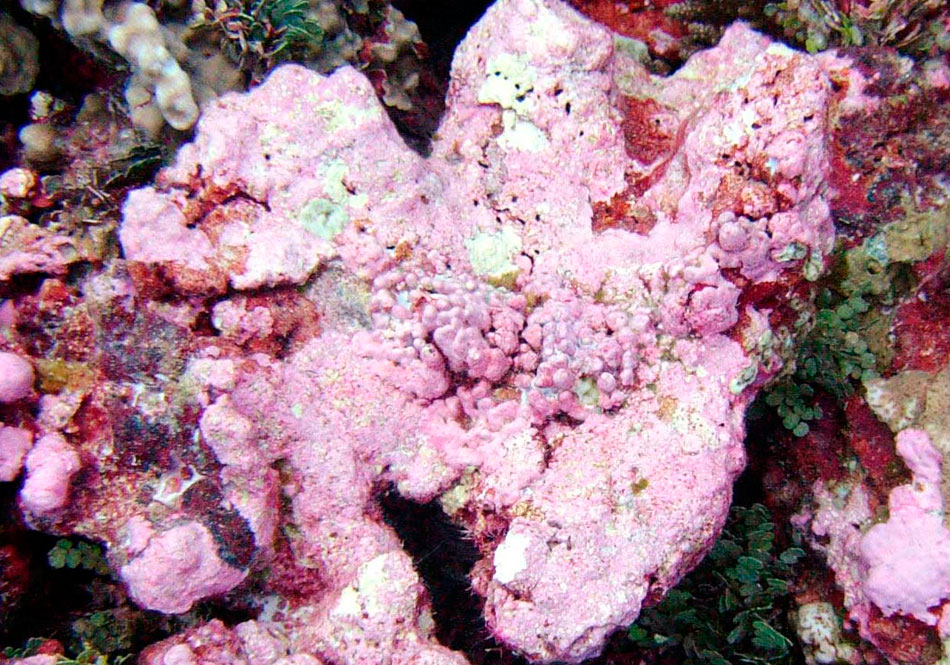 A patch of pink crustose coralline algae, or CCA. Photograph by Jen Smith.

All three groups are usually present on just about any reef, but their relative abundances can be a good indicator of the health of the reef. 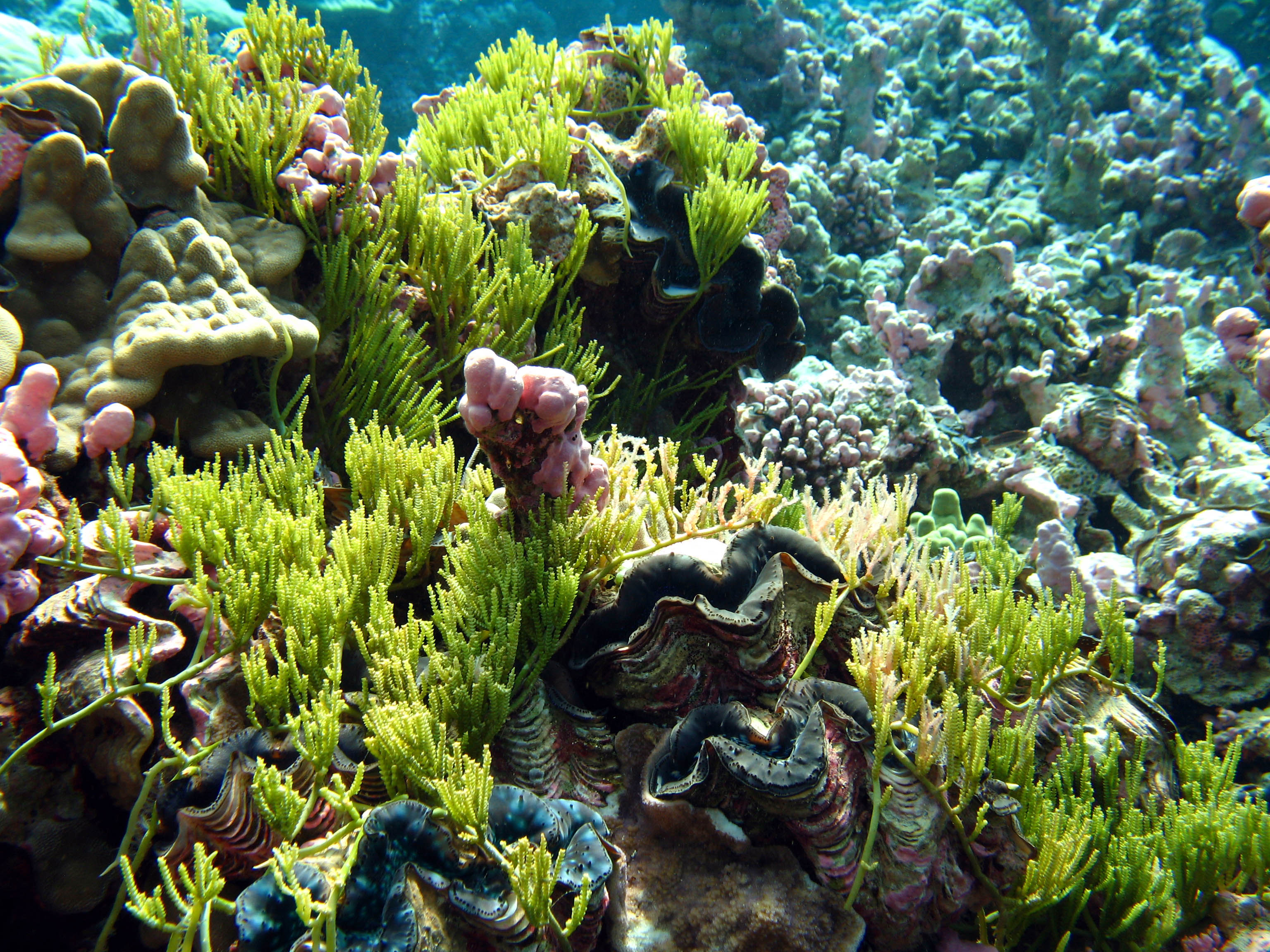 The chain of low coral atolls and islands that make up the Line Islands have less algal diversity than reefs at high volcanic islands such as the Hawaiian archipelago. This might be due the remoteness of the Line Islands and/or the lack of essential nutrients that are supplied by the lava rock of the high islands. The most common algae on the reefs in the Line Islands include members of the genus Halimeda, a group of green, calcified algae that are important reef-builders.

This group, believe it or not, is responsible for making up to 90% of the sand in some tropical locations. They are “unicellular,” but each cell is large and contains many nuclei. When they reproduce sexually, one cell gives rise to many gametes but dies in the process, leaving behind small, calcified, white disks that eventually break down into very soft, bright white sand.

The algae present on healthy reefs such as Kingman and Palmyra are usually eaten by reef herbivores almost as fast as they grow. Imagine what would happen if you mowed your vigorously growing lawn every single day. You wouldn’t have much grass despite the fact that it was still growing fast. This is essentially the situation for many species of algae on healthy reefs, and as a result they are present in very low abundance or closely-cropped. Other species have developed unique strategies to avoid the hungry mouths roaming the reefs, strategies such as chemical and physical defenses.

Here on Fanning Island (Tabuaeran) every location we dive has something different to offer. This high level of spatial variability often indicates a location in a state of change, one with a checkered past, or one with a layering of impacts from different factors. In the protected lee of the island we find vibrant reefs with abundant corals, coralline algae, and Halimeda. The reefs in front of an old ship wreck are covered in a cyanobacterial mat that doesn’t seem to allow anything else to survive. Traveling further north we find reefs covered in soft corals and filamentous algae. In the lagoon, there are only coral skeletons and some macroalgae, but the reef structure indicates that this once was a thriving community. People have certainly had an impact on the reefs here on picturesque Fanning Island. But the high variability from area to area, some still with healthy reefs, suggests that all is not lost here—yet.